(6/10) That vinyl has a revival in this highly technical world isn't a secret. The Copenhagen-based band Vinvl Floor took this trend and used vinyl for their name.  Eventhough they are Vinyl Floor which isn't really related to discs. However. The Danish guys worked on their third album that follows the 2012 release "Peninsula".

"Vaudeville" sees the light of day beginning of October and comes with 12 alternative rock tracks plus an outro.

The album starts with "Change the song" and I think that the guys have been inspired by The Dandy Warhols' "Bohemian like you" a lot. The tune shows more than once some parallels with the band from Portland.

The other songs are garage rock numbers like "Shift" and "Sensational freedom country estate". Those are the dirty rockers on the album - played a bit faster than some others on the album.

So what are the others than? Those are the once when the band reduces speed and those are the majority. Tracks like "Castles", "Colorblind" and "Just a shadow" are trying to build soundscapes which I think isn't the strength of the band. The songs are in my opinion the fillers on the album and have been a bit annoying for me. Vinyl Floor have their momenst when they are rocking like in the before mentioned tracks. That's the real cool stuff.

With "Basket of kisses" Vinyl Floor recorded also an a-capella song which is done very well. It's just that this isn't what I was looking for.

That Copenhagen isn't far away from the sea shows "The abyss" with it's harbour song approach. Vocals, piano and a sailor atmosphere caracterize this track.

"Vaudeville" became an album with light and shadow. Some songs are really cool and some others are not my cup of tea. An OK album and next time plese a some more of the faster stuff. 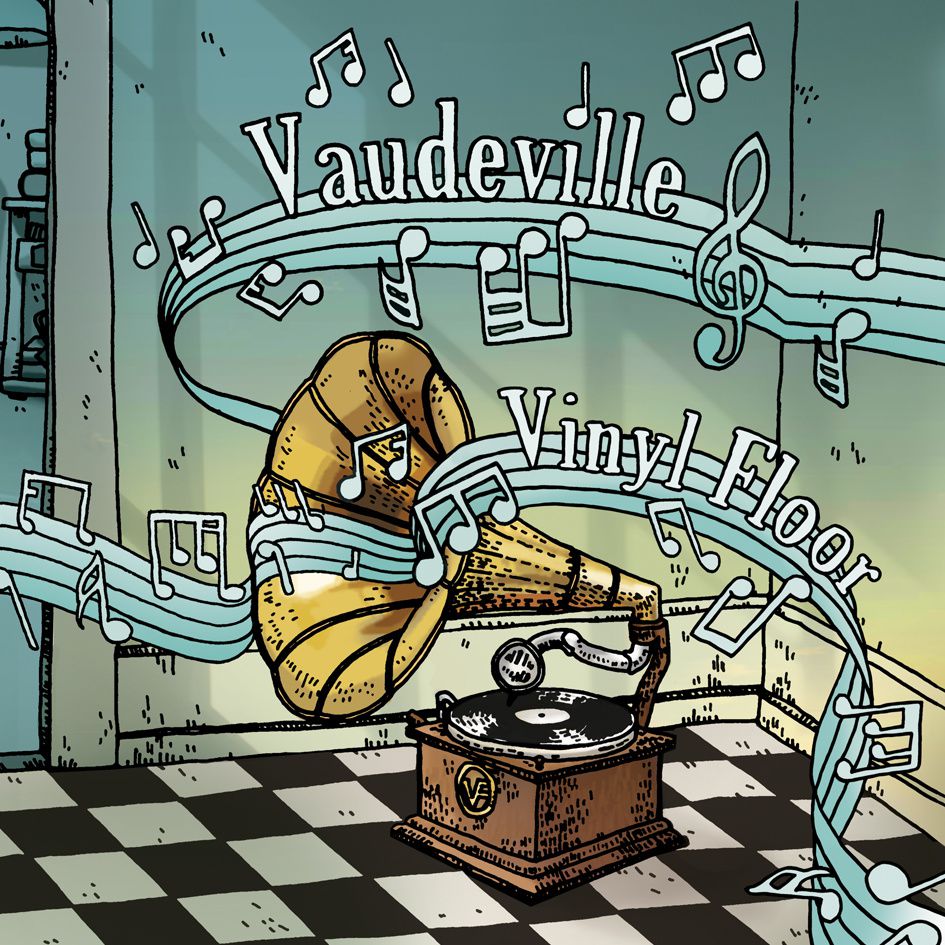