(7/10) Jaded Star is the new project from Maxi Nil and Raphael Saini. Nil, known as singer from Austrian Visions Of Atlantis and Saini, who played at Iced Earth, teamed-up to kick start Jaded Star.

To continue with name dropping I can mention that it was Swedish Fredrik Nordstrom who sign responsible for the mix and mastering while the album was produced by Maxi Nil herself. The result is a strong and diverse sound. For sure a plus factor.

The music of Jaded Star reminded me most to what Lacuna Coil does since many years. Modern metal with some alternative rock elements is what you get with the ten songs.

That Maxi Nil knows how to sing isn't a seceret. She has a quite wide range - from soulful, almost fragile vocals to hard rocking singing. The songs are well done and come with hard riffs done by six stringer Kosta Vreto. This gives the numbers a certain heaviness by still building on catchy hooklines.

Highlights when it comes to songs is melodic opener "The mask", the heavy rocking "Stars" and grooving "Raining in Sao Paulo". All good tracks that provide a good time.

What doesn't work is "In memory". The tune is supposed to be a soulful ballad, but it leaves you cold. It's not touching. The strength of Jaded Star is when they paying harder stuff.

A thing that also could have been done better is the packaging. The cover looks more like from an average talented student from a graduating class. But the artwork shouldn't hold you back from checking the band.

The music on "Memories from the future" isn't new. Bands like the mentioned Lacuna Coil are the top dog in this segment. But Jaded Star does a good job on the new album without coming too close to the Italian five-piece. 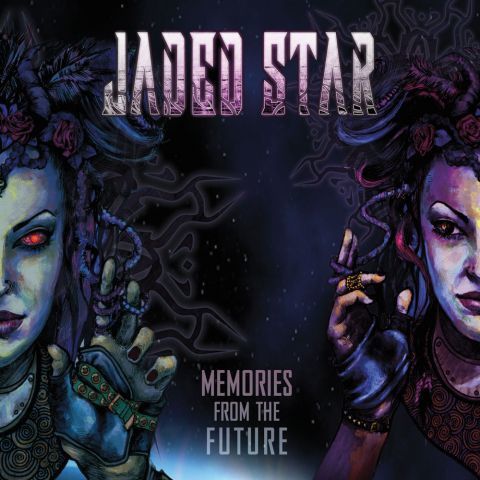