(7/10) It is Manowar that always will be mentioned while talking about David Shankle. Eventhough the guitarist left the band already since many years it is still a fact that he was involved in the fabilous "The triumph of steel" album from the leather-dressed four-piece from New York.

But this is history and nothing more. David Shankle left the band in order to develop his guitar play and started to release solo albums with DSG - the David Shankle Group.

The newst longplayer is now released and got the name of "Still a warrior". DSG continues where they stopped with "Hellborn" - eight years ago. Indeed, time is flying and it took such a long time for the axeman to come out with the new record.

The music of DSG is still this kind of mix between US-metal and neo-classic metal a la Malmsteen. Even though I have to say that the focus on the new album goes towards US metal more than endless shred sessions. The disc has one of those shred moments with the instrumental "The hitman" where the guitar neck is Shrankle's best friend. There are also enough solo parts embedded in each song so that Shankle's guitar can shine there as well. But it is singer Warren Halvarson who gives "Still a warrior" a nice US metal touch that can be compared with Lizzy Borden and Liege Lord.

"Still a warrior", I think, is a well chosen title with maybe even some autobiographical background. Shankle is still a warrior for metal based on a furious shred guitar. But by combining US metal and shred the music is neither fish nor towl. It is somewhere in between. Sometimes this works but in this case I would have prefed either the one ot the other.

However, "Still a warrior" became a solid metal album that is full of passion. An album that shows Shankles dedication for metal. Not more, but also not less. And anyhow good headbanging stuff. 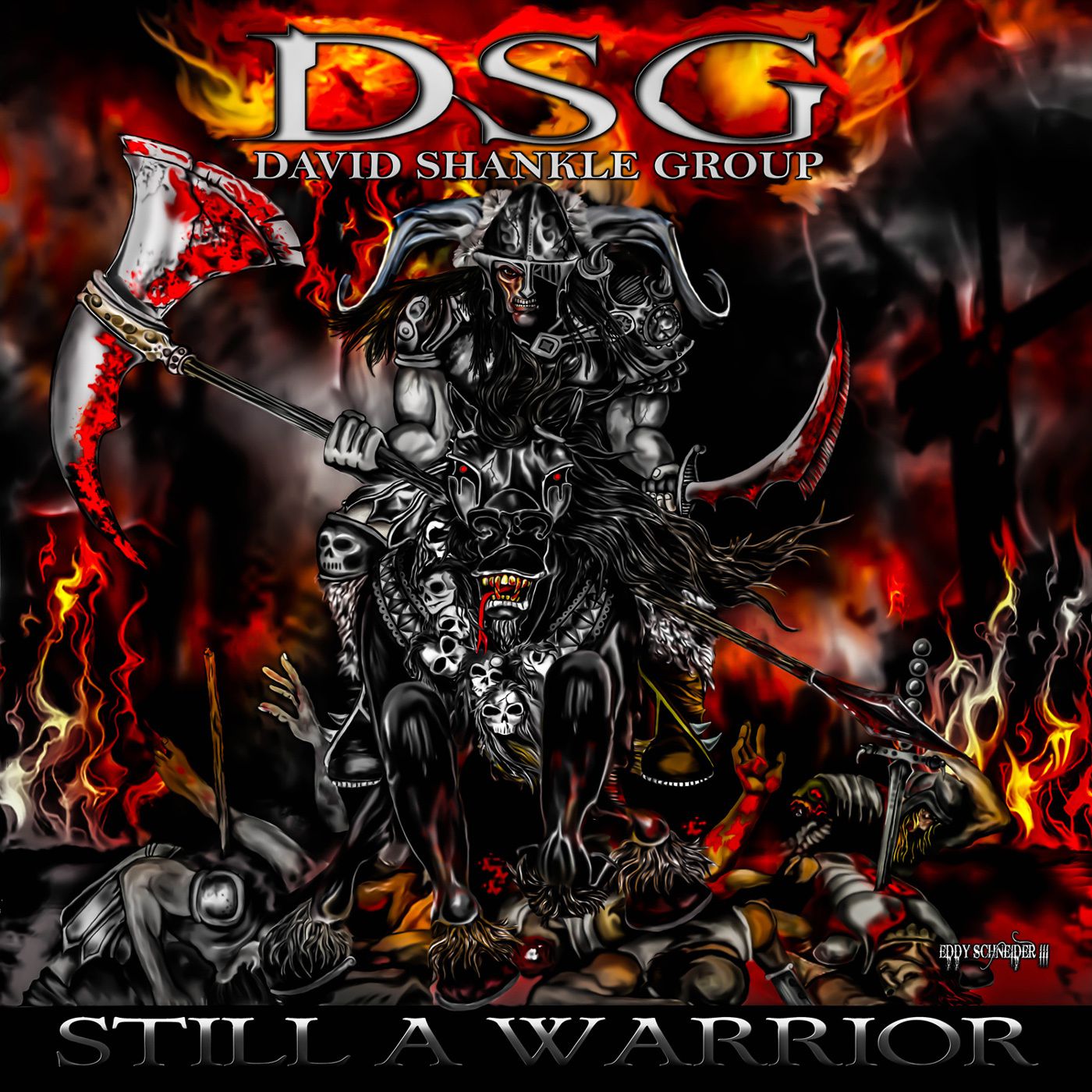