(8/10) Three years after the last album "Hymns of the ghastly horror" Swedish death metal institution Revolting is back with a new record. "Visage of the unspeakable" is the name and I guess that the face on the cover is the one of 'the unspeakable' ones.

The new album hits you right into your face and comes with eight death metal tracks that couldn't be more oldschool. Swedish death metal pure and genuine. That is Revolting.

"Visage of the unspeakable" isn't too long. A bit more than half an hour is what you get. But those 34 minutes are straight to the point. There is no filler on the longplayer. The eight tunes are characterized by immense riffs and the way Rogga Johansson vomits out the lyrics is just outstanding.

It is hard to pick out a few songs since they are all equally good. But it is "Fathoms unto forever" that sticks out its head a bit more. The way the song is structured is the exciting thing. The first half is fast and brutal before in the last third the piano takes over which gives the track a totally new face. The number gets heavy again in the end by keeping the pace moderate.

In contrasy there are the uncompromissing anthems like the harsh "Dagger - clawed chaos". "Riddle with worms" starts funny - sounds like a game on my old C64. It's a dull electro beat that turns into thrilling death metal track which doesn't take any prisoners.

"Visage of the unspeakable" is a longplayer that is free of gimmicks and unnecessary stuff. It is boilede down to the essence of Swedish death metal. An 34 minutes acoustic inferno that shouldn't be missed by death metal fans. 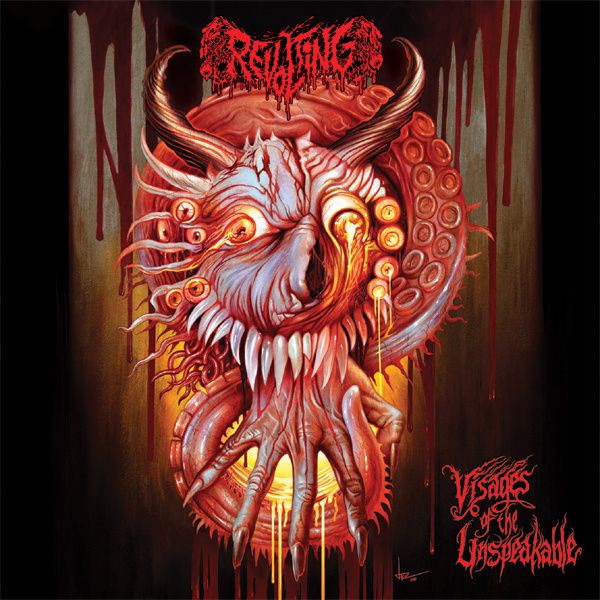