When Canadian thrash metal pioneers Voivod are coming close to your hometown it's almost a 'must' to go there, esp. since this doesn't happen too often. If I have it right in mind it was in 2012 when they played the last club tour in Europe followed by a few festival shows in 2013. This year they are back with a few gigs - festival and club performances.

On May 22 it was the Tivoli De Helling in Utrecht that hosted the 'cyperpunks' from Québec for one of those club show.

The support for this night was Villainy from Weert, The Netherlands. Due to a flight delay (-thanks KLM-) I missed the guys. Fortunately I was right in time for the Canadian four-piece.

The venue was pretty crowded when the thrashers started. That was a good sign and led to Voivod having real fun playing their gig. It is the energy in such a small venue that makes the difference. The connection of band and fans is much more intense, esp. when frontmen like Snake are constantly in touch with the crowd. He is a real frontman and the fans valued this very much. The vibe was great and the metal dinosaurs started a prog/thrash metal firework that included all phases of the bands creative work.

Highlights from the past have been highly appreciated by the fans. Band classics such as "Chaosmönger" and "Psychic vacuum" made the crowd go wild. But also new material was played. "Mechanical mind" from the last masterpiece "Target earth" fitted seamless into the setlist with mainy older songs and also the new track "We are connected" could easily compete with the old stuff. Voivod created their own sound over all the years. You can identify the music of the four-piece immediately and it is this uniqueness that characterise the band.

Good to see that Snake sometimes also shifted the focus towards the new band members. Rocky, who joined in 2014, is the newest family member and was put into the spotlight a couple of times. But also guitarist Chewy got his moments - all this with Piggy (RIP) being omnipresent during the night.

The band dedicated the last track "Astronomy domine" to the former guitarist and founding member. That Piggy isn't forgotten by the fans became obvious when a fan shouted "and RIP Piggy" after Snake introduced the band.

Having played the regular set Voivod came back for two extra songs. "Voivod" was a must as well as the mentioned Pink Floyd-cover "Astronomy domine" that put the bands name on a bigger map.

All in all it was a great show that the thrash legend performed in Utrecht. Voivod stands for raw musical energy, excellent songs and an authentic fan-oriented approach. Those guys 'just' love to be on stage and this ignites the spark also when it comes to their fans. Hope to see you soon again.

Voivod continues their tour and if you want to see the guys, what you should do, here are the dates: 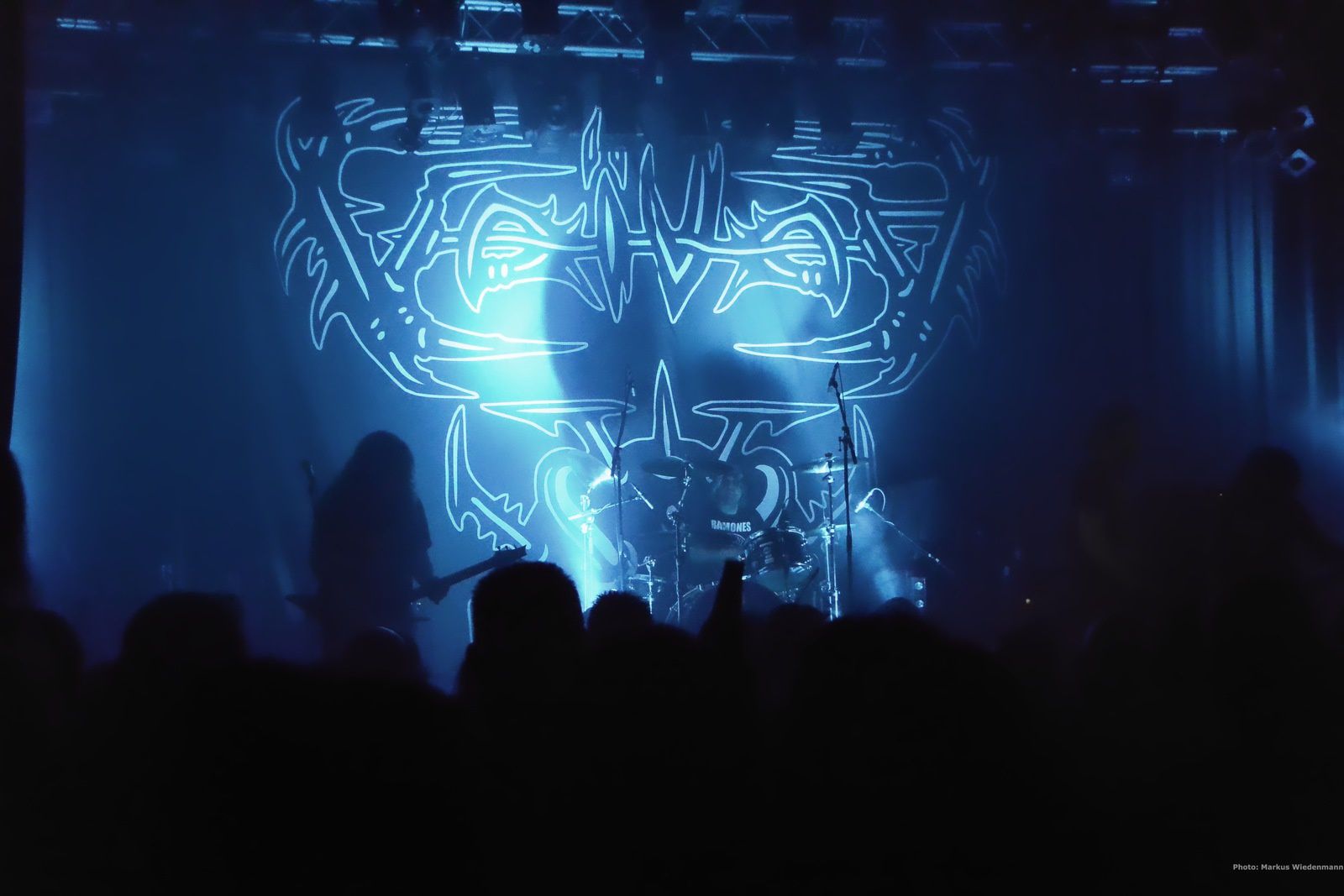