(9/10) There are bands that don't need any introduction. If you're on my blog and you haven't heard about Motörhead so far you propably reached the wrong destination. Therefore let's go directly to "Bad magic".

It's great that we can enjoy a new album of the mighty trio. After a difficult period with Lemmy being sick and so on, Motörhead proved during the last months that they are back - maybe even stronger than ever.

The new album got the name "Bad Magic" and I must say that it is 'magic'; and not 'bad' at all. Twelve new Motörhead songs are a treat for each rock'n'roll ear; completed by the Rolling Stones cover "Sympathy For The Devil".

"Victory Or Die" is the three minutes long opener; a song that makes clear that this album is pure power. It's a song that is fast and furious. Lemmy, Phil and Mikkey didn't record this album to 'just' release a new longplayer. Those guys are still greedy for good rock music and that's what they present to us on "Bad Magic".

The next tune brings you back to the "Ace Of Spades" days. "Thunder & Lightning" is an uncompromissing riff rocker that still keeps the pace high. It's an excellent headbanger with an excellent guitar lead from Phil.

Motörhead never has been silent and they aren't on the new longplayer either. Even though "Fire Storm Hotel" takes out the speed a bit, the tune is still heavy and makes a lot of fun. Than it's Mikkey, who's drums are kicking off "Shoot Out All Of Your Lights". It's a very rhythm based number with a cool chorus; a real energy boost.

Time for "The Devil", time for another great piece of music. The tune grooves like hell. Motörhead didn't get tired. Even after 40 years the trio spreads more power than many of the younger bands. Passion meets experience - that's Motörhead. The result is called "Bad magic". And what makes "The devil" even more special is the fact that Queen's Brian May had a guestappearance. What a combination.

"Electricity" was the first single release. I guess you have heard the song already and enjoyed the awesome video the guys did for this track. What I like with it is the to the point punk vibe that is embedded in this song.

It's again Mikkey who introduces a song. This time it's called "Evil Eye". Pure rock'n'roll, kept mid-pace, with a great punch. "Teach Them How To Bleed" continues this rock experience before with "Until The End" a silent song starts. It's a half-ballad, it's Motörhead and it makes you get goose bumps.

After such an emotional moment "Tell Me Who To Kill" brings you back down to rock'n'roll earth; something that continues with the grooving "Choking On Your Screams". The song sounds like "Orgasmatron"s little mean brother and belongs to the best ones on the album. The darker and creepy vibe fits very well and it has the potential for getting a constant spot on the setlist.

"When The Sky Comes Looking For You" has almost a swinging vibe - a bit like "Going To Brazil", enriched with Phil's excellent guitar work. Those have been the new songs; now it's time for The Stones cover.

"Sympathy for the devil" belongs to the absolute highlights of Mick Jagger and bandmates. Motörhead decided to not change too much of the song. They stay close to the original version, but they make their own masterpiece out of it; mainly based on Lemmy's outstanding voice and Phil's hard rocking guitar. It's the best out of both worlds that meets in one track.

After having listened to the album a couple of times so far I must say that "Aftershock" was good, but "Bad magic" is even better. The lonplayer sounds fresh, young and modern by still being 100% Motörhead. This disc is a MUST for each relevant metallic record collection. And actually it is a MUST to be listened to on vinyl. It looks like Motörhead is revolutionising biology since the guys seem to get younger instead of older. Those guys rock - probably/hopefully forever. 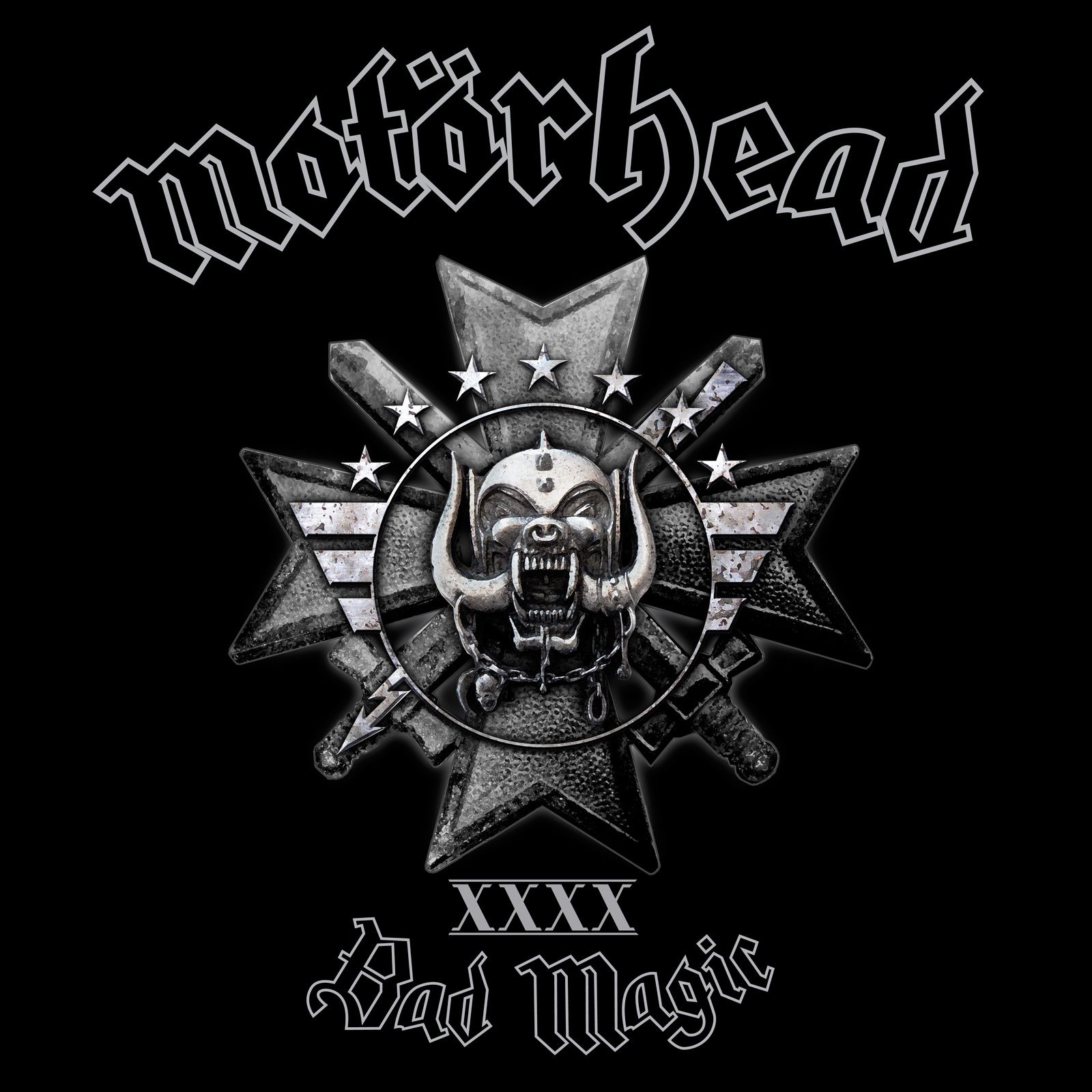