MHMB: "Honk machine" became another great ISE album. Where do you guys take all the creativity from for all those great songs?

Nicke Andersson: Thank you, I'm glad you like it. I write songs all the time which makes me a songwriter. But I'm most and foremost a music fan and listening to good music makes me want to write songs.

MHMB: I think that the new album builds on "Reptile brain music" but I have the feeling that the range of styles increased. "Walk on by" comes with some soul elements while "It ain't what you think" is pure rock'n'roll

with a metal guitar. Where do you guys see the main differences if you

have to compare "Honk machine' with the predecessor?

Nicke: We've always had elements of soul, r&b, country and blues. That's the basis for real rock 'n' roll since the beginning. I guess "Walk On By" sounds more towards soul mainly because it's a ballad and we've never really done that before with Imperial State Electric. I think the main differences between this and the last album, or any of the other two, is the songs. Also the fact that we had an "outside" person in Stefan Boman who mixed the album which makes sonically a little different.

MHMB: Of course you like all the songs on the new album. But are there some you like even more than some others?

Nicke:That differs from day to day I think. Today I really like "Just Let Me Know". I think Tobias wrote a really good song and I think we executed it quite well.

MHMB: You mentioned that you're the songwriter for ISE? But sometimes I had the feeling that the tracks are a result of jam sessions, which makes them very much alive and vital. Is this impression right?

Nicke: No jam sessions I'm afraid. I write most of the songs. Sometimes Dolf help me out with the lyrics. On this album Tobias wrote one song and Dolf wrote one.

MHMB: How did you came up with "Honk machine" as the title for the album? And what's a 'honk machine' for you?

Nicke: The idea comes from a great early fuzz pedal from ca '65 called "The Zonk Machine". The word Honk refers to "midrange honk", the place in the frequency spectrum where great electric guitar sounds live. Any good rock 'n' roll band is a honk machine and so are Imperial State Electric.

MHMB: You guys have a lot of passion for what you're doing. This is again

obvious with the new album. How do you manage to keep the spirit that

high after all those years in business?

Nicke: Again, it's because I'm still a music fan I guess. Great music is enough drive for me.

MHMB: What are the plans about playing live? There have been some dates announced already for late autumn. Is there more to come?

Nicke: Yes, we're going to Spain and Basque Country in September and we'll touring with Graveyard in Europe in October/November. Scandinavian shows in between.

MHMB: Is there anything more you want to share with the readers?

Nicke: Not really. Let's let the music do the talking. 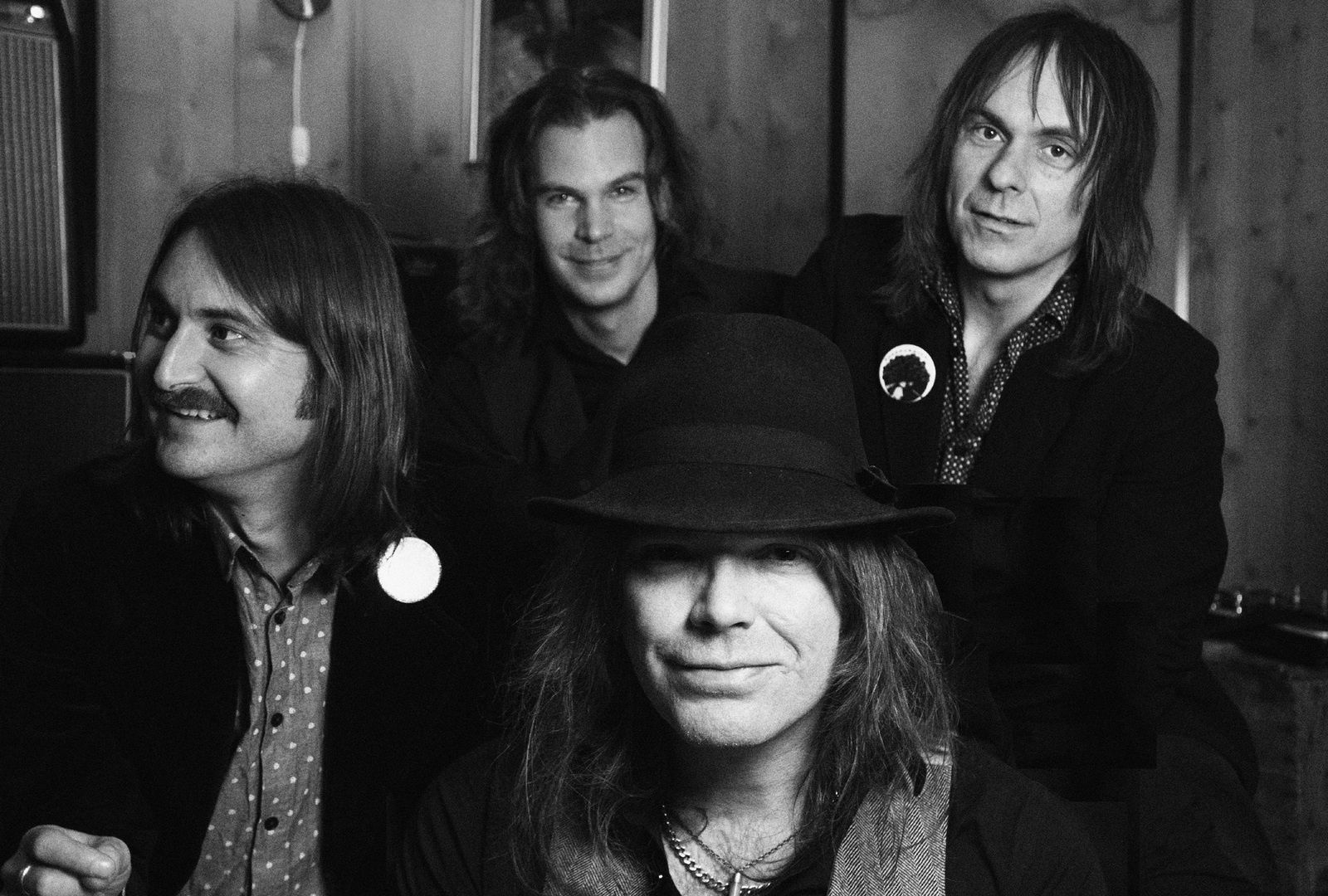