Germanys metal legend Scorpions celebrates their 50st anniversary and the five guys use this as an opportunity to re-release their first eight albums in a fully remastered edition. Additionally to the well-known songs five of the eight records will also include a DVD with live shows, TV appearances and interviews. But there is even more you get. Extended booklets, unreleased songs and more was carefully chosen by the band, that opens their archive with this anniversary edition.

The remasterd LP formats are released on 180 gramm vinyl in a sleev replicating the first pressing. They also come with an audio CD, featuring the original tracklist and the same bonus audio as the CD formats. A limited and numbered Deluxe Box Set will contain ll remastered vinyls. 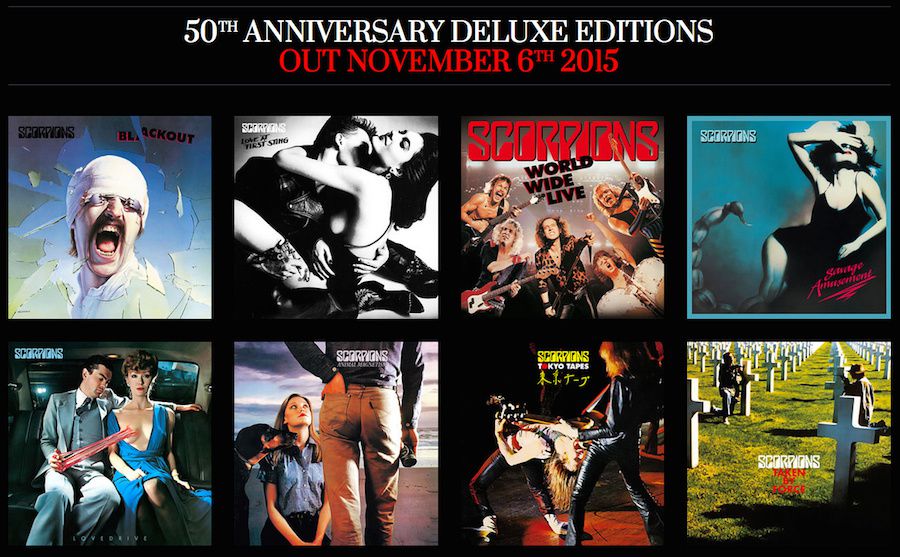