ABBATH have announced their first European tour in winter 2016! The Norwegians will be joining BEHEMOTH, while label mates INQUISITION as well as ENTOMBED AD are opening. Winter is coming and with it the hottest extreme metal tour of 2016.

Regarding the tour, King comments: "We look forward to sharing European stages with class acts such as BEHEMOTH, INQUISITION, and ENTOMBED AD. We will tour for the first time in support of our new album due to be released early 2016 by Season of Mist. Lock up your wives, daughters, and horses cause we're soon coming to a town near you!" 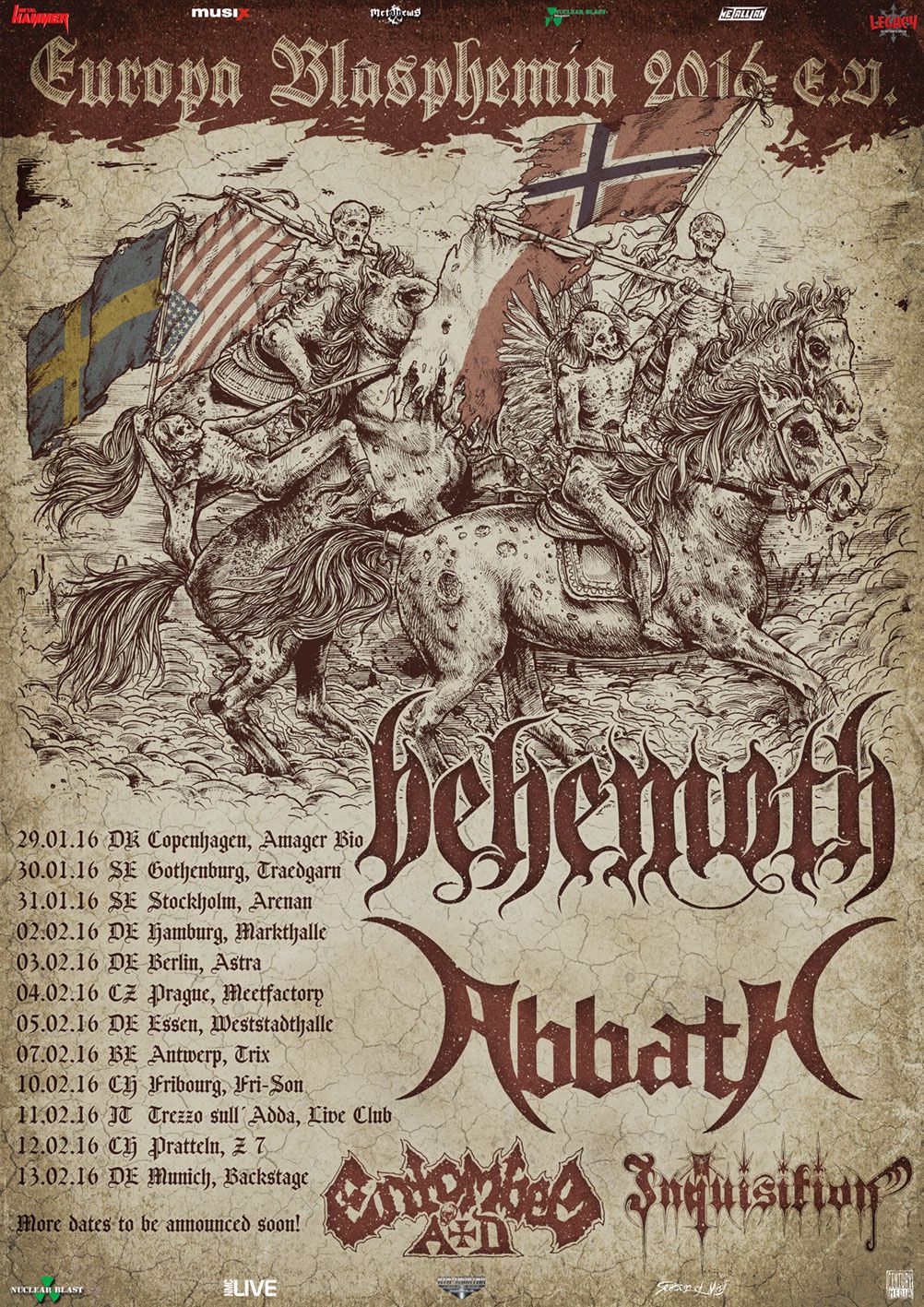