(9/10) Finland is a beautiful country that has a lot of nature and hoenst, straight-forward people. And the country is covered by a certain melancholy that might be based on the long dark winter times.

Amorphis took this as inspiration for their music and you can hear all those elements coming back in their songs. Last week I had a two hour car ride from Kuopio to Jyväskylä. This is a trip though forest, woods and along beautiful lakes. Amorphis new album was the best soundtrack you could imagine for such a trip. It was an almost perfect harmony of view and sound. It's the mix of death metal, folk element (like in "Death Of A King") and a cineastic expression the band base their sound on that reflected so much what the ey could see.

It was in 1990 when the guys started and they had their break-through in 1994 with the "Tales From The Thousand Lakes".

After having been on the anniversary tour for the "Tales From The Thousand Lakes" longplayer the band went into the studio again to record their newest masterpiece called "Under The Red Cloud".

Ten new songs made it on the album and I can say that Amorphis became harder again. I don't know if the mentioned tour was the trigger for this or not, however, the heavy parts increased and the growls of frontman Tomi Joutsen got more attention again. Even though the latest longplayers have been excellent ones too I appreciate this development.

Songs you should have listened to are e.g. the excellent title track "Under The Red Cloud". It's a composition that starts with a gentle piano before the song gains intesity. The interplay of great melodies and deep growls are the fascinating element of this track; and Amorphis sound in general.

The last track on the longplayer is another one you shouldn't miss. Chief growler and frontman Joutsen gets support by Aleah Stanbridge which gives the song an even wider appeal.

In between those two tracks you will find a lot of good stuff too. The density of excellent metal anthems on this disc is impressive. Amorphis can look back on a lot of good albums in their discography. But with "Under the red cloud" the guys from Finland excel themselves.

"Under The Red Cloud" became another milestone in Amorphis' history. The band  builds the album in total on their roots, their trademarks and their heritage. Well done and I'm looking forward to see them on tour this autumn. 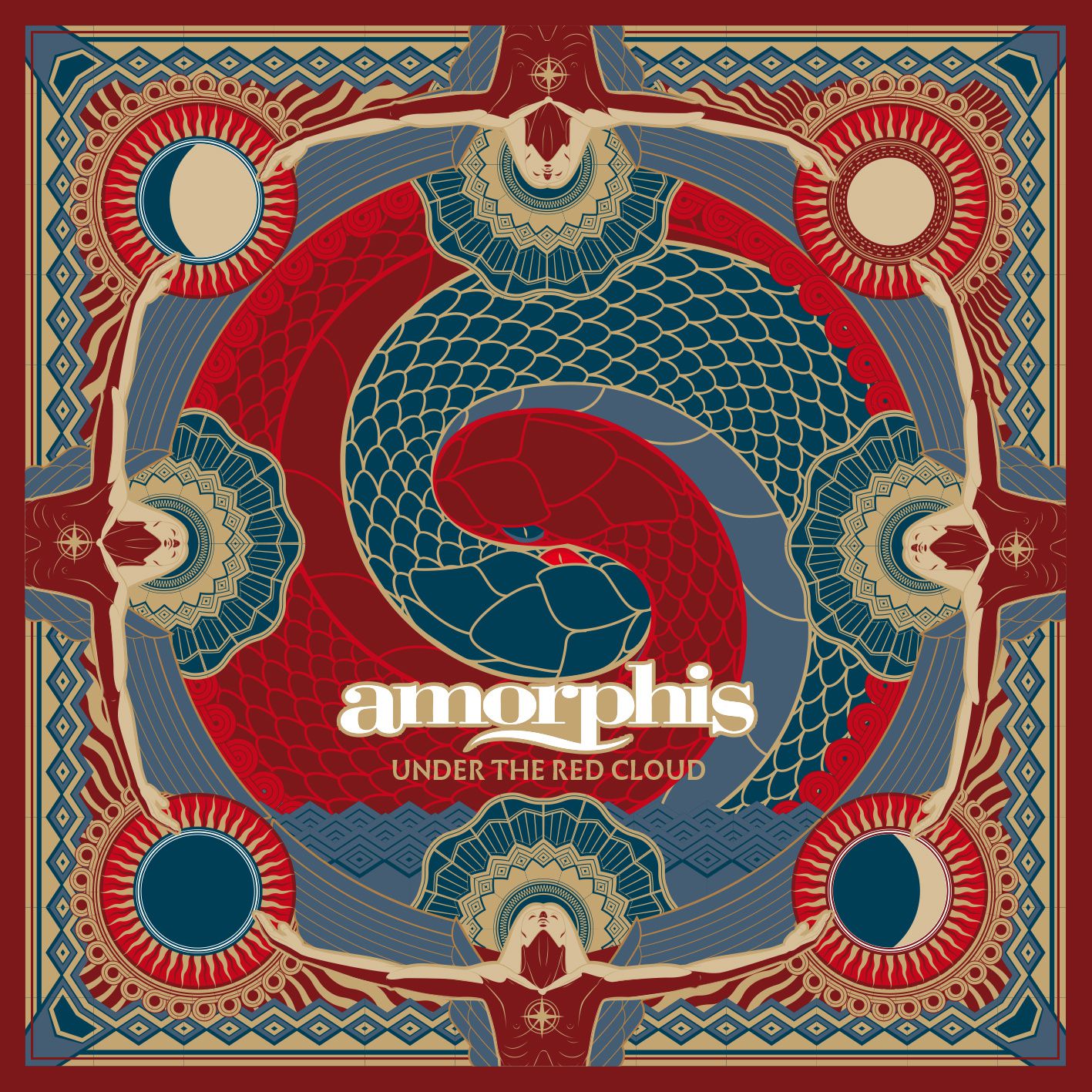