(8/10) Evil Army's thrash metal is raw and evil. The guys from Memphis unleash the beast. You might think in the beginning that five songs aren't a lot. True, when it comes to the running time. But those songs demands a lot from you. Uncompromissing thrash attacks is what "Violence and war" comes with. Those songs are reduced to the core of thrash metal; supported by a production that underlines this puristic feeling.

When I was listening to this EP I was reminded often to the demo's and debuts of some influencial thrash acts from the eighties. A bit of the early Metallica, some Hallows Eve and also Kreator and Sodom could have been, or maybe have been, the inspiration for this five-track metal monster.

If you're a fan if pure and authentic thrash metal without gimmicks there is no way to escape from Evil Army. 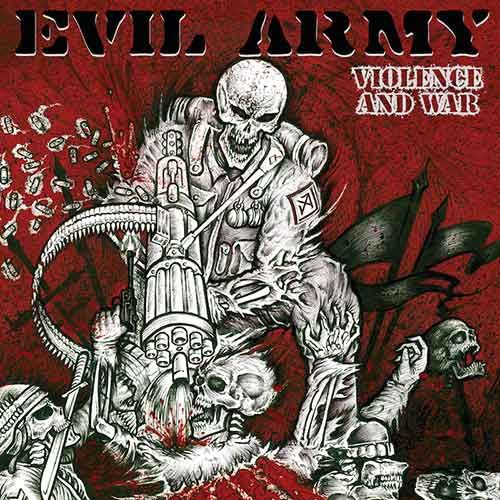