After having played in Tilburg the night before it was Haarlem that hosted the second show of Annihilator, Harlott and Archer in Holland.

This time it have been the guys from Santa Cruz, Archer, that got the role of the opening act. Their more traditional metal worked very well and I was honestly surprised about how many metalheads already filled the Patronaat. OK, I think that the venue was half filled, but this is more than a decent result. And the longer Archer played the more fans found their way towards the stage.

After short stage rebuild Harlott from Down Under entered the boards that mean the world. Actually the guys have been on stage already during the rebuild and finally waited for the signal to start. Harlott has released recently their new album "Proliferation" that contains some really good thrash metal tracks and the four guys continued with gaining more new fans during the live show. The four-piece went through their 30 minutes show with a lot of self-convidence and fun. Honesty and passion have been the invisible headers for Harlott's show. It was a great expereince to see those guys live.

Archer and Harlott did a great job as support for the main act of this evening in Haarlem - Annihilator. Time for Jeff Waters and his gang. Scorpions' "Rock you Like a Hurricane" was chosen to be the intro for Annihilator's show. A good choice, considering the title, but it was almost the entire song. A bit too long when it comes to me.

However, what followed was a 100 minutes speed-, thrash- and metal fireworks. Annihilator shows are always a full blast and it is already due to Jeff Waters' unbound energy that each show is a pure energizer. This man loves to play music and loves to be on stage. Entertainer, axeman and singer, all in one, that's Mr. Waters. He is the undisputed bandleader without any airs and graces. He gave enough spotlight to his band and even a drum solo by Mike Harshaw was part of the gig. Annihilator is more than only a Jeff Waters show. It is metal that stands as a rock, performed by great musicians.

I was curious about how Waters can handle the double function of being singer and guitarist. He did it already before and I must say that he did it well, also tonight. Having him in the center of the stage actually supported his role of being the leader of the pack and mainman of Annihilator. And that the guys is anyhow everywhere on stage during the show is a known fact.

The setlist was a real 'Best of...'. The guys offered a journey through all the different stages of the band. Of course there has been new songs that got live attention. "Creepin' Again", the title track  of the new longplayer, "Suicide Society", and the very catchy "Snap" has been performed. By the way, when it comes to "Snap" I can tell you that the song sounds much harder during a live show than on the album.

Next to those new killers there was the obligatory view back in time. It goes without saying the "Alison Hell" was celebrated by the fans - but not only by them. Dylan Rosenberg from Archer supported with vocals as well as Harlott's Andrew Hudson. All of a sudden it became pretty full on stage and having those guys all together playing Annihilator's classic gave the song an enormus punch.

If you have been in the need for a real energizer on a grey November evening, than the Patronaat has been / would have been the right spot for you. Pure metal was performed, celebrated by enthusiastic fans. Annihilator came 'to rock like a hurricane' and they did. Thank you guys and till the next time in Holland. 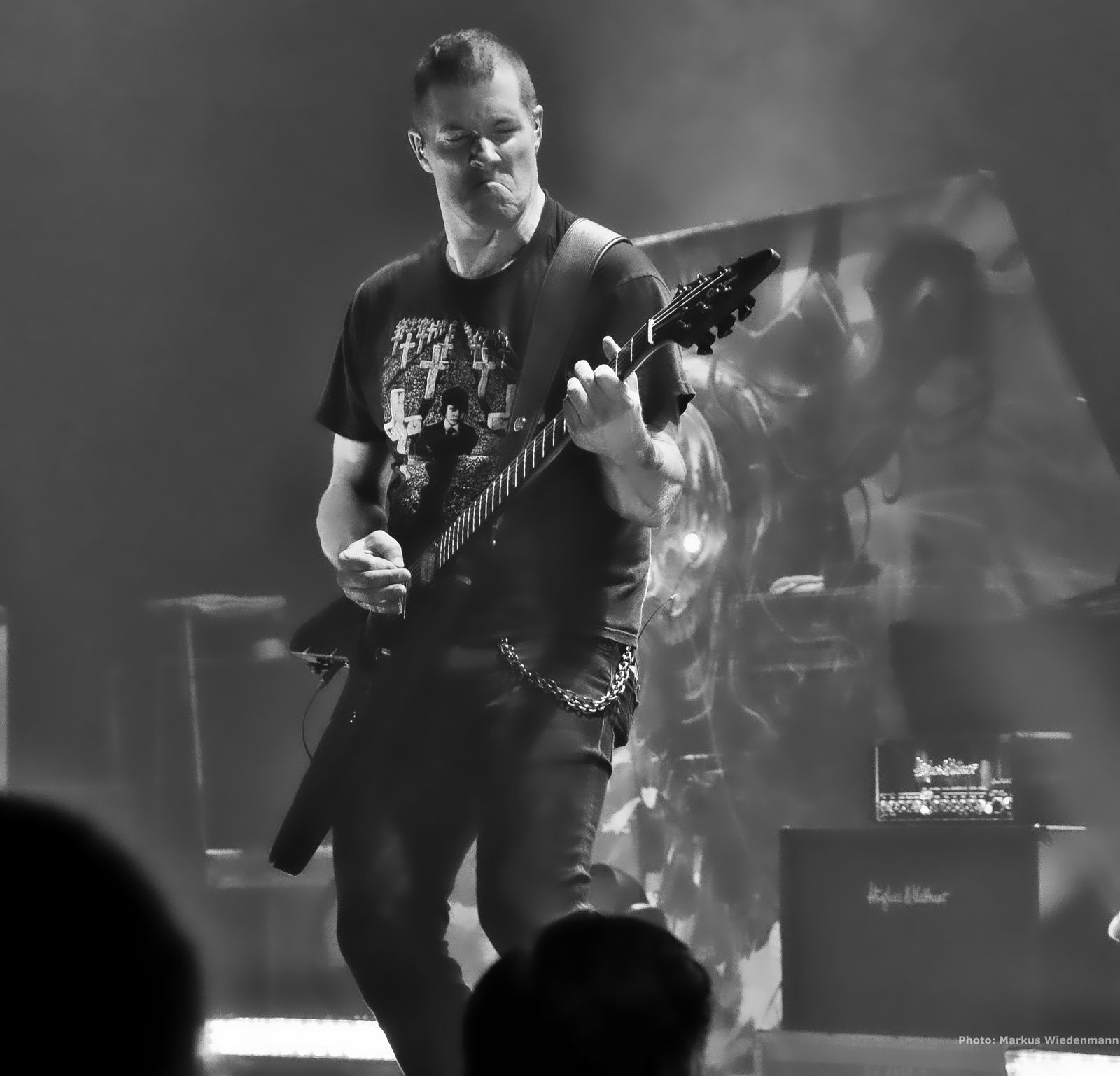