(8/10) It's not that easy to describe Borknagar's sound. Of course you could say that we are talking about viking metal, but I think that this wouldn't cover the entire range of sounds that are coming together on a Borknagar album.

"Winter Thrice" is the newest longplayer of the Bergen-based band and it can easily take it up with the predecessors. "Winter Thrice" is Borknagar's tenth album in their so far twenty years long lasting career and it's doubtless one of the best ones too.

Eight songs with epical length provides you with an almost 60 minutes long fireworks of metal that you can't escape from.

The Norwegian soul comes back in each of the songs. Especially the folk elements contribute to this a lot, but also the pathos and emotionalism that comes with each of the numbers makes the album to more than just another metal record. "Winter Thrice" gives you a chance to dive into soundscapes that are filled with the mentioned folk elements, nagging black metal eruptions, blastbeats, clean melodic vocals lines, progressive song structures and pathetic storytelling.

Borknagar's newest longplayer is far more than 'just' another black metal based viking metal album. It merges Pink Floyd inspired soundscapes with blastbeats like in the epical "Terminus", it has melancholic moments ("Panorama") and combines melodies with harsh black metal attacks. All this can be found back on one album and all fits together. By all diversity "Winter Thrice" is a homogenous masterpiece that tells a story with different shades.

Interesting enough is the fact that the shortest tune is the most silent one too. "Noctilucent" is a straight number with clean vocals, representing the more 'sunny' side of Bergen.

"Winter Thrice" became the expected longplayer that puts a spell on the listener. Great soundscapes meet dark black metal outbursts. And it is this felt contradiction which creates the tension that makes this Borknagar album that thrilling. "Winter Thrice" makes Borknagar playing in the same league as Amorphis and the earlier Opeth. 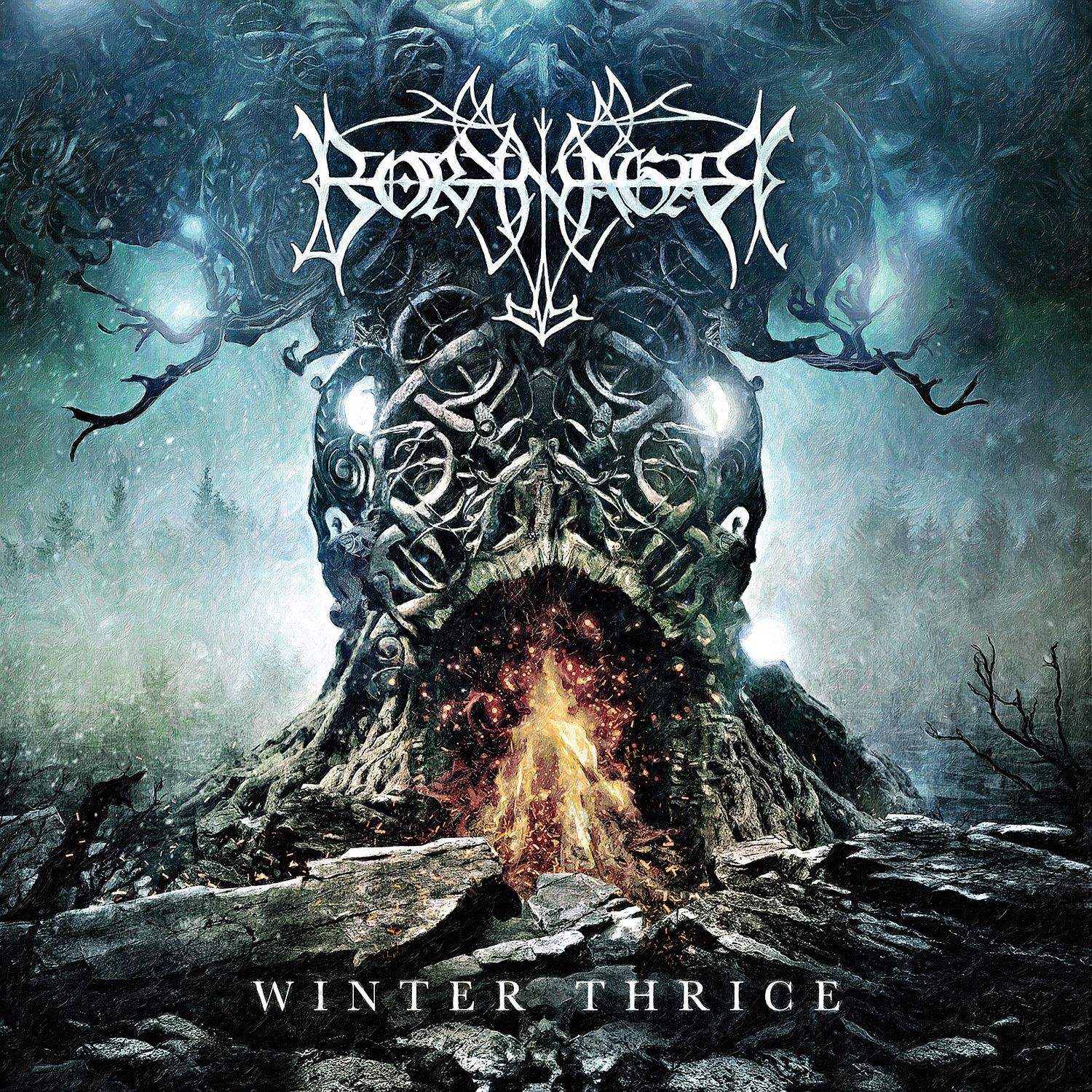