The smaller of the two rooms at Gebr. de Nobel in Leiden, The Netherlands hosted one of Germany's most impactful thrash metal bands, Exumer. Esp. their debut "Possessed by Fire" belongs to the milestones in heavy German metal music and I could imagine the guys being far more popular today if they would have continued after having released their second longplayer.

But before they entered the stage, there have been two bands chosen to support Exumer on their tour.

It was Coma 7 from Israel that had to enter the stage as the first band of this metallic evening. The guys actually did a good job. Even though they mention thrash bands like Lamb Of God as influences I was more reminded of Downset while I watched their show. The heaviness might come from thrash bands but the way they build-up their songs feels more like a mixture of Rage Against The Machine and the mentioned Downset. Anyhow, the five-piece hammered quite some energy into the, at this time not too much filled venue and used the opportunity to also promote their upcoming EP "Hunger".

After such a powerful start and a short break it was time for the next gang. Exarsis from Greece kicked ass and took the energy to a next level. Talking about 'energy', the guys must be full of it, since they didn't stand still for a second during their 35 minutes long set. Headbanging and jumping around have been the credo for this show which went that far that the guitar strap of bassplayer Chris broke since it couldn't handle the power.

Musically, Exarsis felt like a raw version of Death Angel without reaching their level. The songs have been too much of the same only different and the high pitches of singer Nick became a bit annoying over time.

But again, Exarsis convinced with their power and did a good job, preparing the stage for Exumer. Exumer didn't take any prisoners during their 90 minutes on stage.

The band had a great start. "Winds of Death", "Journey to Oblivion" and "Brain of Evil" marked three different periods of the band, sticked together by the overwhelming power the five-piece spread on stage.

The five guys have been pretty agile, small circle pits started here and there and each song brought fans closer to severe neck problems due to heavy headbanging.

The longer the show lasted, the more the venue turned into a madhouse and temperature was raising. As expected, Exumer perfomed quite some songs from the debut, which is still THE bands classic. But also new tracks have been a crucial part of the setlist which had with the mighty "Catatonic" a real highlight.

Cleverly chosen, the encore included the title track of the new longplayer, "The Raging Tides", and the brutal "Possessed By Fire" which is to date the best song the band ever wrote.

Exumer released a cool new album a few days ago and underlined with their Leiden show that they still know how to play metal. Real underground headbanger stuff. 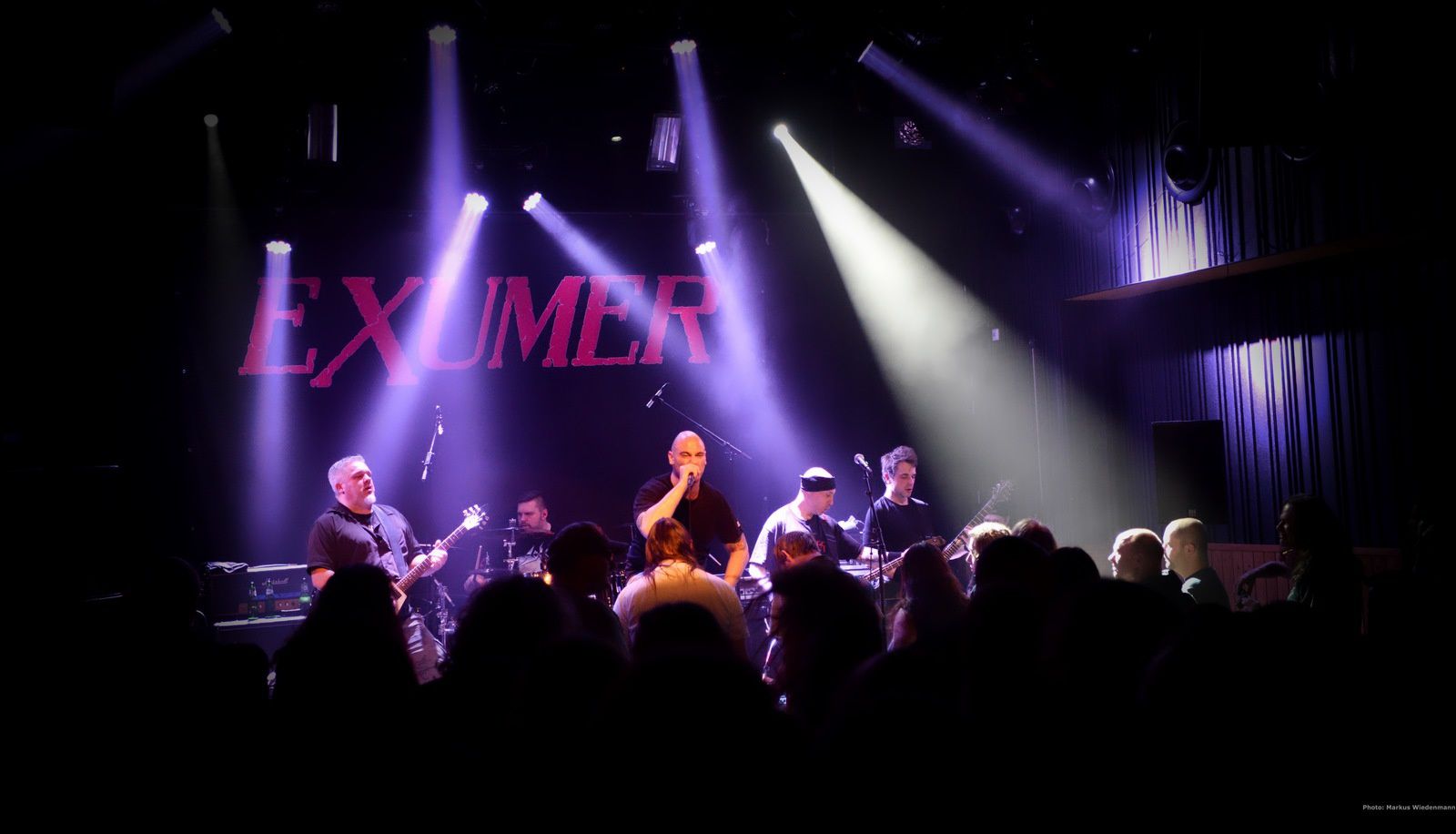