(7/10) Halstenbek is the homebase of German thrashers Minotaur. The four-piece, that can look back on a 33 years long history in metal, have worked on a new EP entitled "Beast of Nations". This disc is the first real sign of life after the guys have published their last full-length album "God May Show you Mercy...We Will Not".

This four track release is pure metal. The energy Minotaur puts into this release could be enough for some other bands to feed a full-length album.

"27 Dead" is the name of the first attack, a song that starts furious. Classic metal meets raging thrash metal, that's how I would describe what reaches your ears.

With "Beast of Nations" it's the same as with the opener. This number is a metal blast that proves one thing - metal doesn't need to be complex. This is well-done basic headbanger stuff that doesn't take prisoners.

"Ignite Me" begins with a short narration before Minotaur unleashed the next sonic wrecking ball. Being a little faster, this upbeat track is another smasher in this mini album.

In case you think that the closer gives you some air to breath, wrong. Minotaur uses the full length of this release to test your headbanging stamina. "Skipping the Skin" is the last neckbreaker on this puristic four-track album that borrows all cliches of traditional metal; and I mean this quite positively.

The sound of "Beast of Nations" isn't really new, but it is powerful, dynamic and brutality that rules. Pure headbanging ammunition. 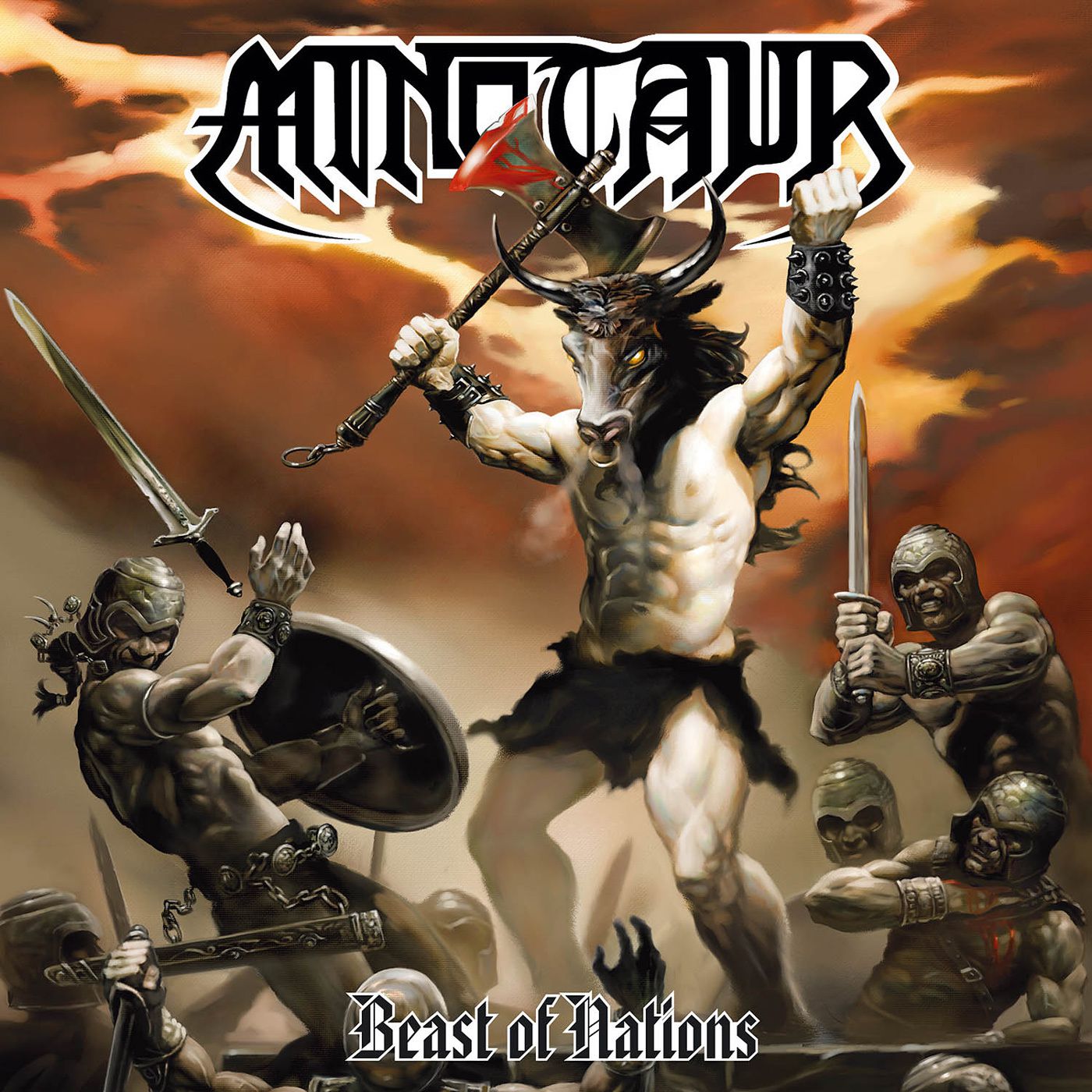