(8/10) Many years ago Def Leppard released an album called "On Through the Night", a title that sounds very similar to "All Through the Night" which is the next strike of Nicke Anderson's Imperial State Electric.

The Swedish powerhouse released good records so far, with "Honk Machine" being the latest one. The new longplayer, which is number five, comes with ten new tracks. The album is an extension of what the guys started, but it also includes a few different incredients which I had to get used to. Maybe my old brain isn't working that well anymore, but I can' remember that Imperial State Electric had songs like "Break It Down" on earlier releases. Nicke Andersson and his gang shifts their classic rock inspired sound almost towards a swinging pop country number with a certain 70's touch. Also new is the fact that Andersson does this tune as a duet with Linn Segolson is something that gives the tune an extra unexpected twist. The song is good, no doubt, but it took me a while to get into it.

Having mentioned the 70's means also to talk about the title track. It was the earlier Kiss that have been a source of inspiration for "Honk Machine" while "All Through the Night" and "Read Me Wrong" sound rather like The Sweet than Kiss. These moments are all still 100% Imperial State Electric, but they also show a smaller movement in the band's creative direction. A song that also belongs to the category of surprise-eggs is the closer "No Sleeping". It's a half acoustic ballad that reminded me more of bands like Oasis.

Fortunately there are stunning rockers too. The opener "Empire of Fire" is one of them, as well as the furious "Over and Over Again" and the wild rock'n'roll track "Get Off the Boo Hoo Train". The latter could become a real smasher during live shows since it has the power that could turn each venue into a madhouse.

To conclude: Imperial State Electric unveils an album that is authentic, entertaining and fun for the listener. Maybe the softer moments got a bit too much of attention and I would have wished more of the furious tunes. However, Nicke Andersson and hid band are one of the most inspiring contemporary bands with strong 70's rock roots. 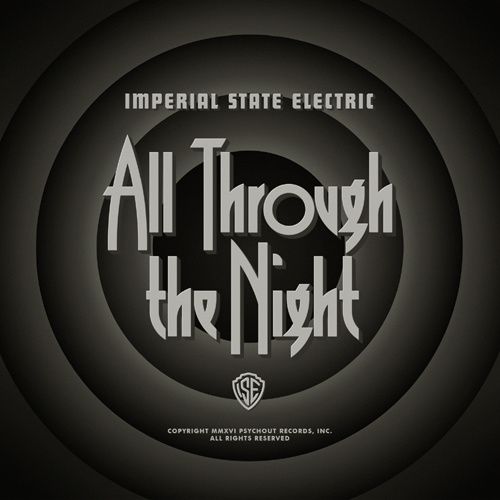