(7/10) "La Curandera" is the newest output from Clutch and it features eight songs of this four-piece which have been released already earlier in time. It was in 2015 when this record hit the market, at that time being meant as a support for a beast cancer prevention campaign.
However, detailism. The songs captured on this disc are cool stuff that's waiting for you to be checked out; in case you don't know the songs yet, since eaxch of them was already released earlier .
The title track is a fantastic stoner rock song that makes the desert even glowing hotter. "Black Umbrella" is a well-done rock song that includes some roots of rock'n'roll and faster tracks like "Cyborg Bette", taken from "Earth Rocker", goes hand in hand with more midpace numbers. "Oh Isabella" belongs to the latter and is belonging to the best tracks on the special release. It's also the last strike before the live version of "The Dragonfly" closes this new chapter of Clutch.
All in all "La Curandera" is an interesting Clutch record that comes as download and vinyl only. 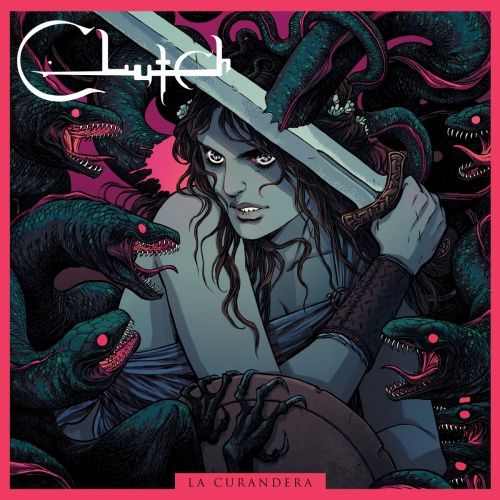