(7/10) Gothenburgs number three album within one week. Seven days after Hammerfall's newest release  Dark Tranquillity's "Atoma" hit the shelfs it's In Flames that comes with a new longplayer too.

The Swedish metal pioneers finished their new longplayer entitles "Battles". In Flames started as a death metal band and became a crucial player when it comes to Gothenburg death metal. Over time the quinet developed their sound further and the roots, that are still part of In Flames' sound, became less. Anders Fridén and comrades, step by step, moved towards modern metal, something that also gets underlined by this release. There are still some heavier and harsh elements included in their sound, however a shift can't be denied.

"Battles" is a mixed bag. There are without any doubt good songs on this album. "Drained" stands for an energetic start that sound OK, followed by "The End" which is the best track on the entire album. This song combines In Flames' strength of combining blistering guitars with melodic elements.

The first song that causes frowns is "Like Sand". There are some heavy moments but there are also these irritating alternative rock parts which doesn't help the tune to create a blast. However, it's better than what is next. The band arrived with "The Truth" in mainstream. Electronic elements gained ground with the effect of guitars being more in the back. "The Turth" might help for more airplay, but it is far away from the earlier In Flames.

Fortunatelly there are some better tunes that follow. "Through my Eyes" is one of them, coming with a good riffing and raging attitude. In Flames clearly shows that they can play harder and some more of this kind of tracks would have been nice. Another song that comes with In Flames trademarks is "Underneath My Skin" which is also some amunition for intense headbanging.

The contrast is called "Here Until Forever". The guys show their silent side which isn't a bad thing in itself. In Flames has proven in the past that they can do this kind of songs as well. "With Eyes Wide Open" is a perfect example how to do it. But "Here Until Forever" doesn't have this intensity. It's an average alternative rock song that doesn't stick to your mind.

It feels like "Battles" is more than just a name for In Flames newest longplayer. This disc is a next step of the Gothenburg dinosaur towards melodic modern metal. The old roots get more and more pushed to the back and also the melancholic vibe of "Siren Charms" is mostly gone. "Battles" features some good songs but contains also more burden than needed. It's an album that shows the band reaching a crossroads and future will tell which road they will choose. 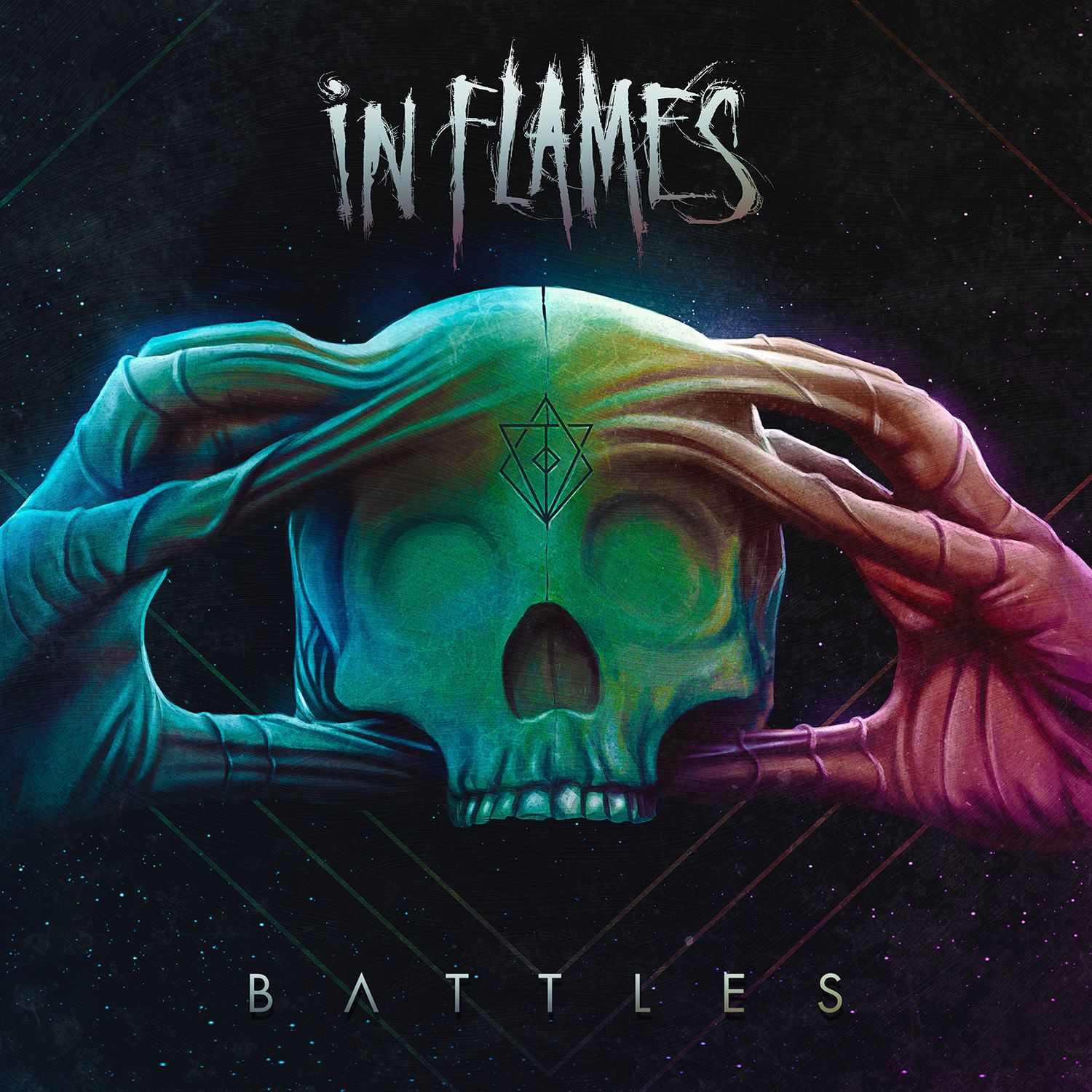