UK-based prog band Haken will celebrate their 10th anniversary in 2017. For this reason the band, together with their label InsideOutMusic, will re-release the first two Haken records. "Aquarius" and "Visions" will hit the shelfs on February 3rd in a new remastered 2CD edition as well as in vinyl for the first time.

In addition the band will be on tour in Europe and here are the dates: 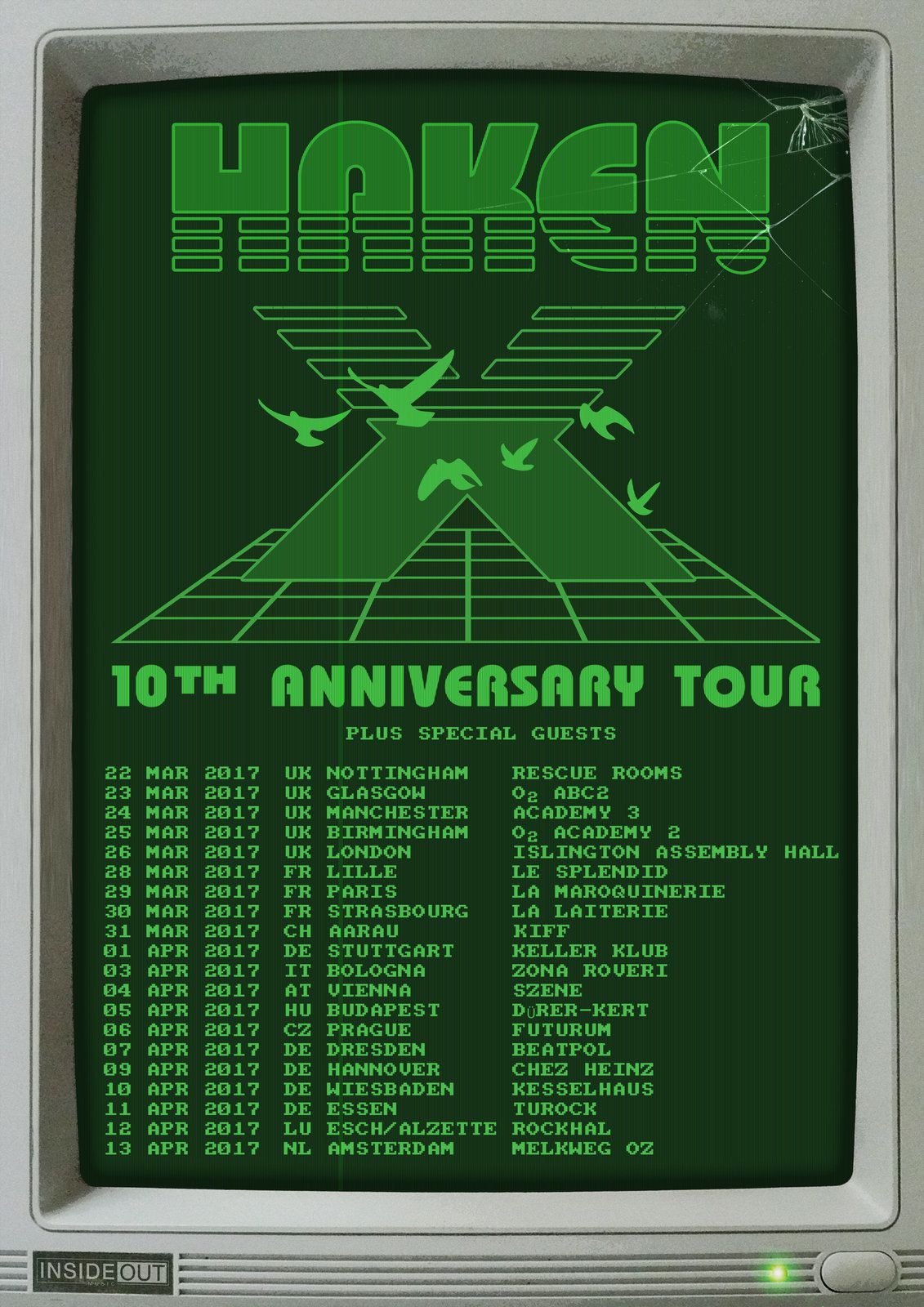