I think that the summer of '86 was one of the peak moments when it comes to highly melodic hardrock. Bon Jovi released their mega-seller "Slippery When Wet" which was something to expect since the guys had already some hits on the first two albums. The bigger surprise came from Sweden and was called Europe. Actually it was also their third release but the band was less known than Bon Jovi. Europe's earlier records have been harder than what they released on "The Final Countdown", an album that reached the masses by combining excellent hooks, some rocking guitars and big melodies, all built on a solid keyboard foundation. I don't know how often I listened to this release that shared one of my tape with Dokken's "Under Lock and Key" masterpiece.

Now, 30 years later, Europe takes the opportunity to celebrate this awesome album with 'The Final Countdown - 30th anniversary tour 2016' and one stop was in Utrecht, The Netherlands.

Before the crowd could enjoy of what they came for it was up to Tax The Heat to start the evening with some rock and blues influenced hardrock. To be honest, I haven't heard of the guys earlier and therefor I was looking forward to see them live.

Four British gentlemen, that joined Europe already for some dates of the "War of Kings"-tour, entered the stage. Nicely dressed in suites they reminded a bit of The Hyves eventhough the music was slightly difrerent. After the drummer took off his jacket and took place behind the drumkit a 40 minutes rock'n'roll show started. Tax The Heat plays hardrock that comes with a lot of blues. The room was filled already with quite some fans who became more and more enthusiastic with each song played. And also the band had a good time, ending with a sing-a-long part and the whole band gathering around the drum kit for some heavy riffs. A good band and a well chosen opening act. 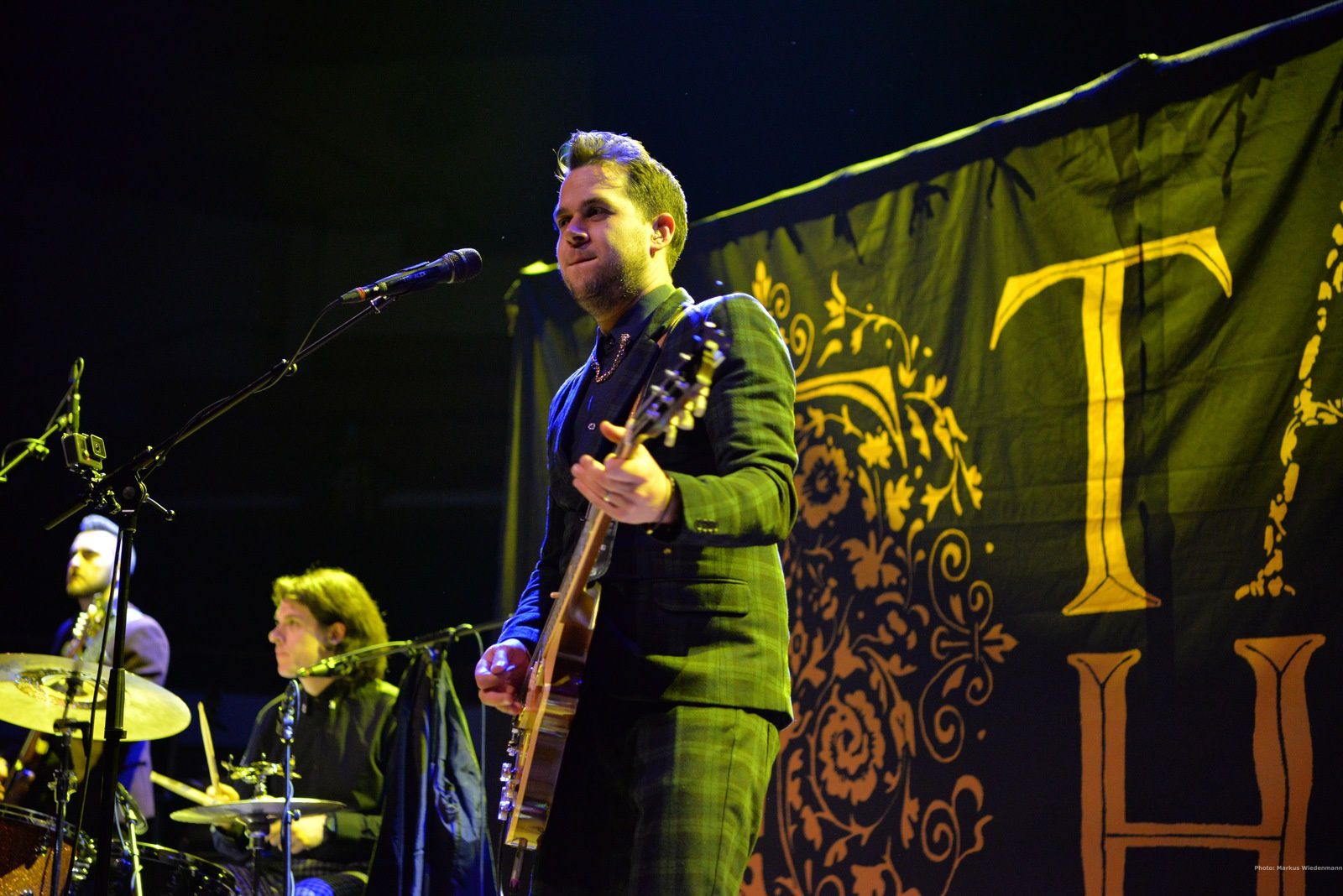 Then it was time for starting off 100 minutes of hardrock performed by one of the spearheads of this genre. Europe built their set on two albums only. Next to the classic from 1986 the guys also played the entire "War of Kings" album this evening, including the instrumental "Vasastan".

Having a setlist with songs from 'only' two albums is a brave decision. Most bands would have chosen for the classic album and a 'best of...' set - but not Europe. In my opinion it was a good decision since the latest studio release "War of Kings" belongs to the best records of the five-piece, packed with great songs that shows a band that grew over time and became more mature. Each of the tunes was performed highly enthusiastic with Joey Tempest being the frontman and entertainer as he's known for. Next to his stage presence he's also still a great singer and it's again the magic between singer and guitarist that makes the difference.

Talking about the six string, watching and listening to John Norum is a pure enjoyment. His guitar play is one of Europe's main characteristics and each of his solos was spot-on. Of course I should not forget to mention the tight performing rhythm section with John Levén and Ian Haugland. It's obvious that these guys make music together since many years in which they constantly provided an exciting groove. Last but not least Europe wouldn't be Europe without keyboards. Who on this planet doesn't know the keyboard sounds in the beginning of "The Final Countdown", provided by a cheerful Mic Michaeli.

After the last tone of "War of Kings" faded away the room got dark and the countdown began. Time was turned back on the two big screens, showing the different releases in a reverse order till reaching the classic from 1986.

The mentioned keyboard flourish filled the room and the crowd got even wilder than before. The title track of Europe's masterpiece was celebrated by the fans, most of them knowing the band probably already since 30 years. "Rock the Night" kept the energy level high and also the following eight songs have been very much appreciated by everybody in the room. Loud singing fans, an excited band, a good sound and awesome songs made this evening to a special one.

"Love Chaser" was, as not expected differently, the closer. However, Europe can't leave the stage without "The Final Countdown" and that's why the played a few notes again as being the final chords that have been performed that night.

The last releases showed that Europe still belongs to the big players in melodic rock and metal. something they confirmed again that night in rainy Utrecht. A night to remember.