Two former Whitesnake opening bands teamed-up and embarked on a winter tour that leads the guys through Europe. It's The Answer and The Dead Daisies that warm up fans in the cold season of the year.

Talking about temperature, it was quite fresh that night in Utrecht and the first fans, lining up before doors opened, had to face a chilly time in the queue. However, getting warm again wasn't a big issue since De Helling was sold out, as most of the other shows of this package too.

It was The Answer from Northern Ireland who had to go on stage first. The venue was already filled very well with fans from The Netherlands and some that guys that took the effort to travel from the UK to Utrecht for seeing the show.

Compared to their gig in Tilburg in August this year, the four-piece from Belfast put the new longplayer into focus. In total nine out of the eleven songs from "Solas" have been played, showing all the emotions connected to them.

The newest longplayer was a quite difficult one for the band (see CD review) and it was a very important one for them too. Neeson and band mates made "Solas" to a very personal album that brought back some light after a period of darkness. And it's exactly these feelings that make each track to more than just music. The Answer 'lives' these tunes, on CD and even more live on stage.

The Answer found a great mix that featured powerful hardrock and silent moment like "Thief of Light". "Demon's Eye" included the crowd joining in, singing the chorus as a loud choir and the great "In This Land" featured a mandoline, played by Neeson himself.

The band had obviously fun that night. Micky Waters provided a massive bassline, James Heatley, with his earphones on, added a strong beat and solos played by Paul Mahon have been excellent. And last but not least it was Cormac Neeson who was more than once in the crowd, singing from there with the real highlight at the end. He was the first frontman I saw that finished the show by leaving the venue through the front door. During the last song he jumped off the stage, continued singing while being surrounded by fans, made his way though the crowd to the front door and left the room. What a cool ending of a well done set. 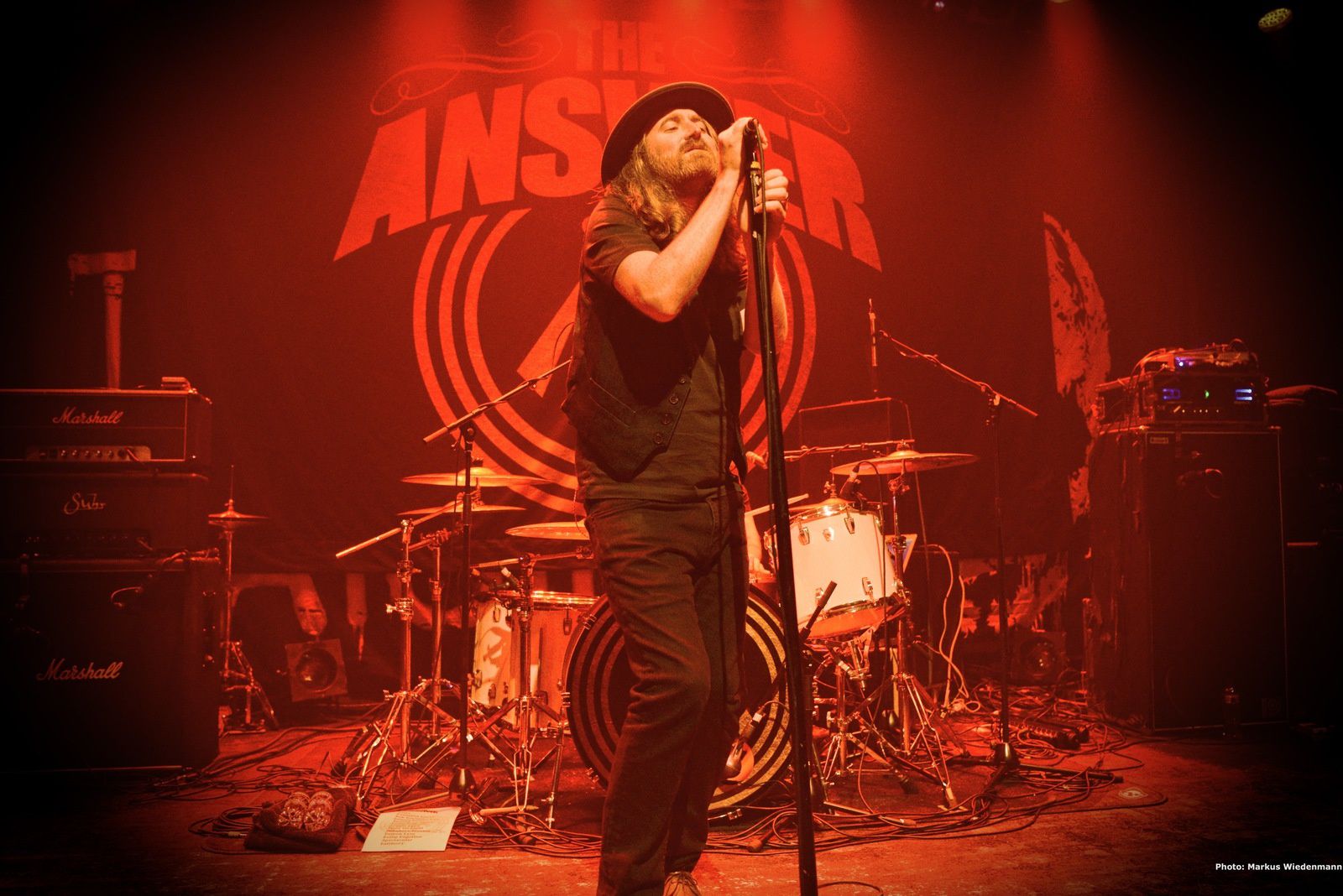 After such a great time it was up to The Dead Daisies to keep the energy level high, something they easily did. Actually they turned the venue into a sauna. No talk anymore about chilly outside temperature, this show was hot.

The Dead Daisies are actually an Australian band even though most of the musicians are from the US. It was guitarist David Lowy who started the band in 2012 together with singer Jon Stevens. That was the past and in the meantime Lowly is the only founding member that's still active.

Th current line-up, which seems to be a more stable one consists out of John Corabi (v), David Lowy (g), Marco Mendoza (b), Brian Tichy (d) and Doug Aldrich, as the newest band member, on guitar. Actually this line-up reflects 60% of Whitesnake a few years ago with Aldrich and Tichy playing in the band even at the same time.

The five guys couldn't start better into their set as with the opener of the newest album "Make Some Noise". It was the awesome rocker "Long Way to Go" that was more than appreciated by the crowd and it was Marco Mendoza, encouraging the fans to be even louder.

The Dead Daisies don't play rock'n'roll, they live rock'n'roll. Their show was pure energy from the first note they played to the last chord that faded away in De Helling. Corabi gave the entertainer, next to his role as a great singer, Medoza, as mentioned, was constantly motivating the crowd to be even wilder, Tichy supported with a tight rhythm and the two guitarist showed what the six-string means for rock'n'roll. Guitarists communicate via their instrument and therefor it was a funny moment when Corabi thrust the mic into Aldrich's hand, giving him the chance to say a few words. It wasn't a lot more he said than that he feels better playing the guitar, something he did very well that night. His solos are great and you can hear, see and feel his passion for his instrument.

After twelve songs played the show came closer to an end. It was Corabi who gave the fans two options to choose from. Either they do this 'rockstar thing' with the band leaving the stage, the crowd making some noise and the band returns or, why not going for option number two: the crowd makes hell of a lot of noise and the band just stays and continuous playing. In the end this was the 'chosen' set-up and The Dead Daisies brought it home with "WeAll Fall Down" and "Midnight Moses".

If you want to se a great rock show in a smaller venues that's very much packed or even sold out, than you should see this hardrock package during their upcoming shows. It's more than worth to go there for having a good time with some excellent music. 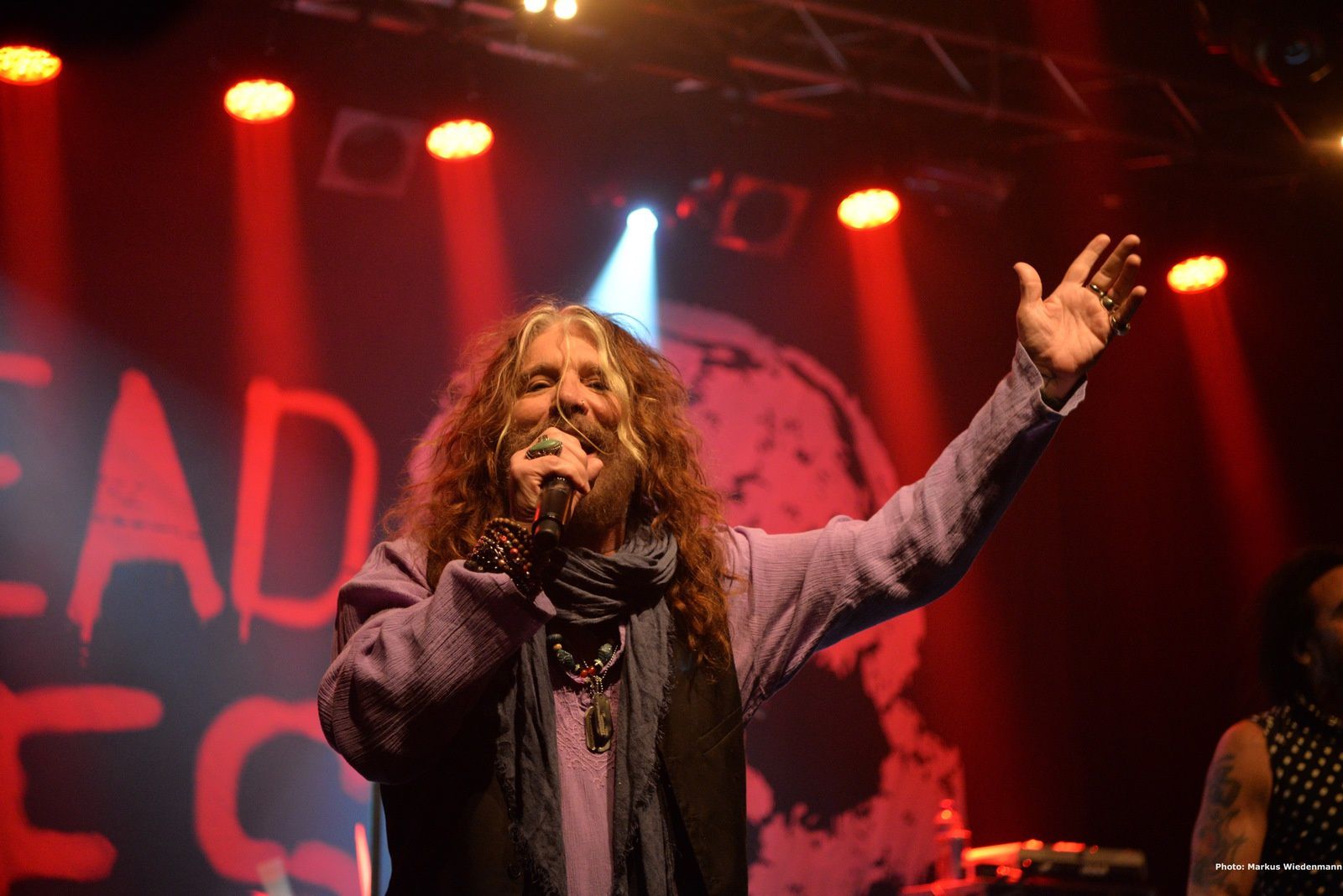 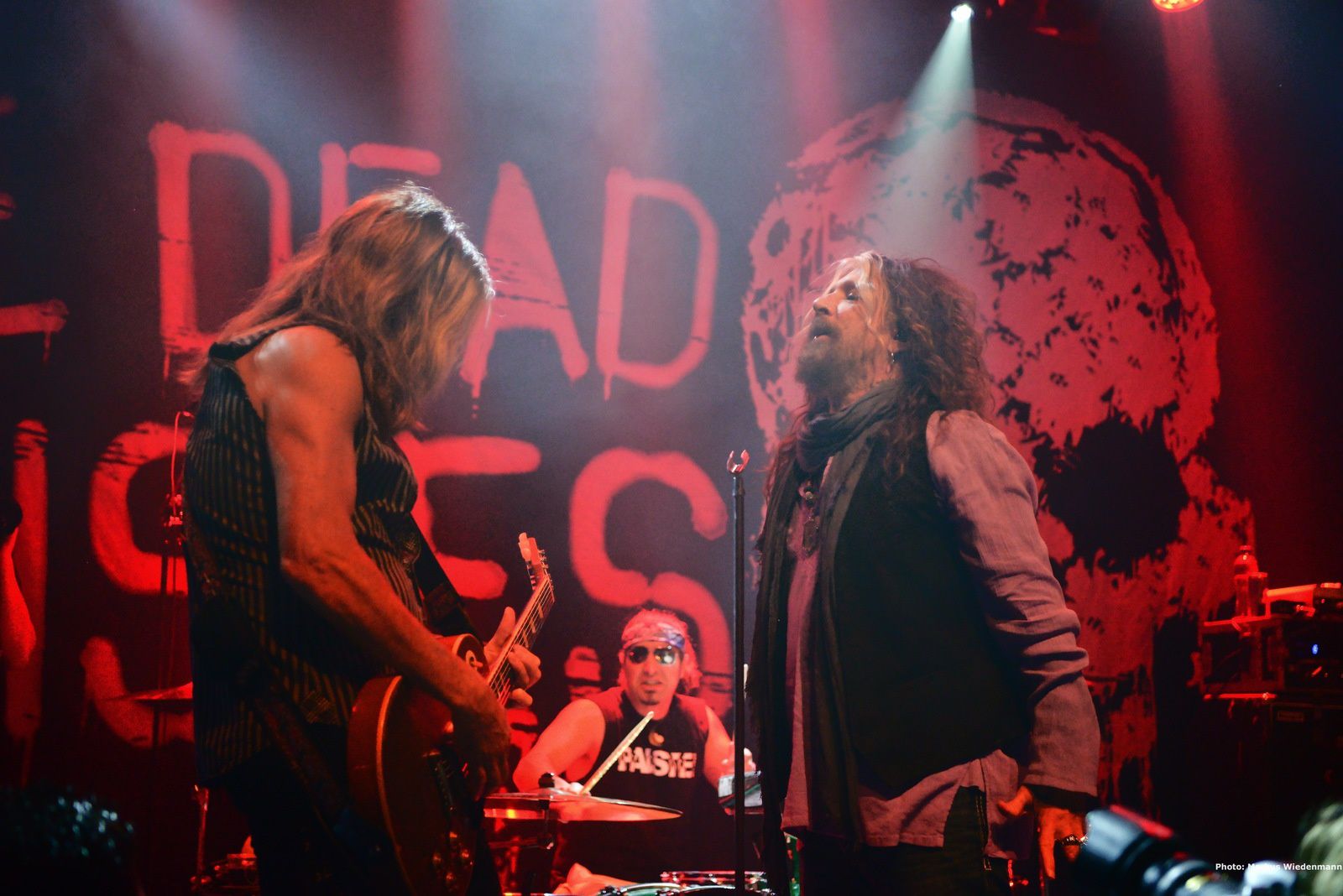