Metal Blade is happy to announce the signing of Swedish Death Metallers Evocation to its ranks! Evocation have released four full length-albums since their debut 'Tales From The Tomb' in 2007 and the band is up and ready to release a new studio album in the first quarter of 2017!

Comments Marko Palmén of Evocation : "We are extremely proud to announce the signing of a new world wide recording agreement with Metak Blade Records. Evocation will from this day on be part of a legendary roster consisting of bands such as Behemoth, Bolt Thrower, Cannibal Corpse, Mercyful Fate etc.
For us it was a natural choice to join METAL BLADE RECORDS since we already since several years had a successful co-operation with them for the licensing of EVOCATION's first three albums in the US & Canada. METAL BLADE RECORDS is also a label that is widely known for its commitment within the Death Metal scene which for us means a lot. 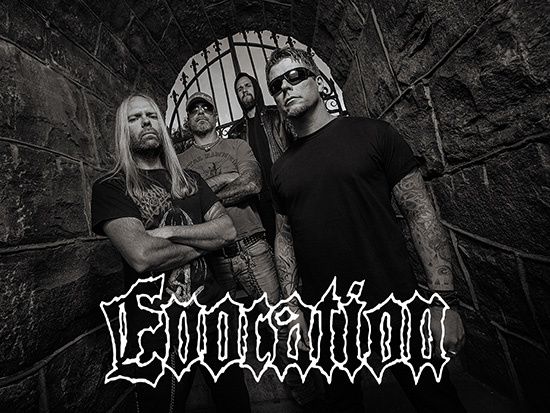