(8/10) My level of curiosity rises when Brazilian thrashers Sepultura announce a new longplayer. The excitement comes less from the question if the new album comes closer again to the earlier releases. It’s more based on the fact that the band constantly improved their sound over the last years, leading to some really good longplayers such as “Kairos” and “The Mediator Between Head and Hands Must be the Heart”.

What sounded a bit bumpy in the early phase of the post-Cavalera era became more and more a strongly smashing metal outfit again. Derrick Green is fully integrated, not a too big of a surprise considering that he joined 19 years ago. Not to forget in this context drummer Eloy Casagrande who joined in 2011. His power of youth added another energy boost to Sepultura.

“Metal Messiah” is the newest record done by the Brazilian quartet, an album that picks it up where the guys ended with “The Mediator…”.

The title track kick-starts this heavy sound experience. To my surprise it begins dark and slow. Green is singing and the riffs are slow and heavy, all with a certain Alice In Chains melody line. The song builds up to a gloomy thrasher while staying in a slower tempo. It’s a good and brave opener that’s followed by a typical Sepultura track called “I Am the Enemy”. This number is pushing from beginning to end. It’s rock-hard and not intended to take prisoners.

Song number three, “Phantom Self” pays attention to the “Roots”-days. Even though there are some oriental samples added, the tune reminds of “Roots Bloody Roots”, esp. when it comes to the chorus.

“Iceberg Dances” is a cool instrumental that refers to the South American roots, “Resistant Parasite” is a grooving metal monster and “Silent Violence” is everything but not ‘silent’. This track is loud and a musical smash in your face. Towards the end Sepultura shifts gears. “Vandals Nest” is an up-tempo number that shows no mercy before the creepy “Cyber God” rounds off an album that contains great thrash metal.

The fourpiece band from Belo Horizonte manages the balancing act of making use of the band’s heritage while developing their sound further onto a next level. The result is a excellent contemporary thrash album that is very well done. 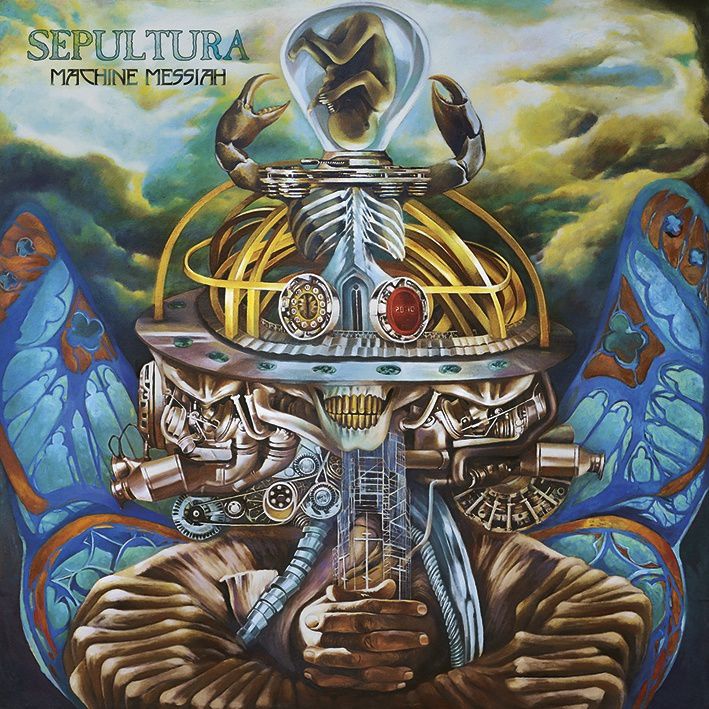