(8/10) San Francisco has the Bay Area and Bay Area is closely connected to thrash metal. But San Francisco is also the cradle of melodic rock dinosaurs Night Ranger. Brad Gillis, Jack Blades and Kelly Keagy started the band in California back in 1981 and it's all three guys still being on board. Keri Kelly (guitar) and Eric Levy (key) complete the line-up that also works on Night Ranger's 12th studio output.

The opener to this album is an up-tempo rocker called "Somehow Someway". This tune reflects all trademarks of the iconic rock band from the US. Crispy guitars, catchy vocal lines and a great sense for melodies create a 'give me more' feeling in the beginning of this longplayer. Number two on the batting order is "Running Out of Time". Brad Gillis guitar kicks it off; a song that's kept more midpace. This number grooves pretty well, followed by "Truth" which is a more mainstream tune with a slightly melancholic vibe. Sticking to the baseball metaphor I would say that each of these three tracks is at least a base hit with "Day and Night" bringing the first one home.

OK, enough now with baseball terminology. The title track is a light-hearted melodic rocker, "A Won't Be You Fool Again" with it's piano parts stands for another highlight on the album, a category also "Jamie" belongs to. This number is another hard rocking anthem, showing an brilliant sense for hooks.

After all these years in business Night Ranger are still hungry sound almost better than ever before. These guys got older, no doubt, but it's like with good wine: the older the better. Gillis, Blades & Co doesn’t have to prove anything. These guys make music because it's their dedication. This gives the new album ease, helping the disc to make it to another pearl in Night Ranger's long history. 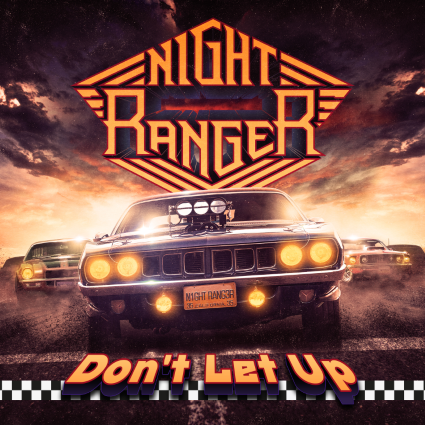