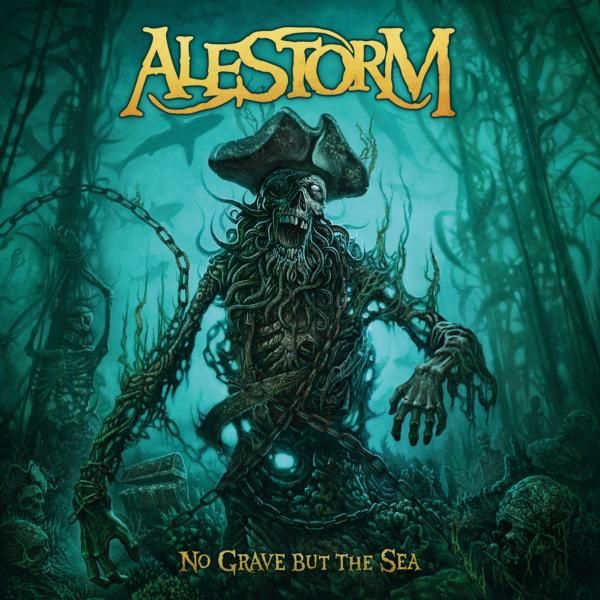 (7/10) I guess that nobody really expects poetry when it comes to lyrics of Scottish metal outfit Alestorm. This couldn’t be found back on the earlier releases and also the new record, “No Grave but the Sea”, continues with stories around piracy, beer, pubs, tankards and other trivial things. If lyrics like “Tequila and a donkey show/Mexico, Mexico” or “I see the man called Schlumpfi behind the oaken bar” are amusing or boring lies in the eye of the beholder, but beside all that it’s the music that’s actually not too bad. Alestorm has a sense for catchy melodies, which they merge with nice riffs and a powerful rhythm. No doubt, everybody can immediately join in singing and even after quite some beers it works very well.

Alestorm’s newest album comes with ten of these pirate-style folk metal tracks, providing you with 46 minutes of trivial but entertaining music. If you liked the earlier Alestorm releases “No Grave but the Sea” will not disappoint you. I don’t think that the Scotsmen can dramatically increase their fan base but this, I guess, is also not the purpose of the album. Alestorm does what they can do best and fans will be pleased with the ten song. What more do you want?