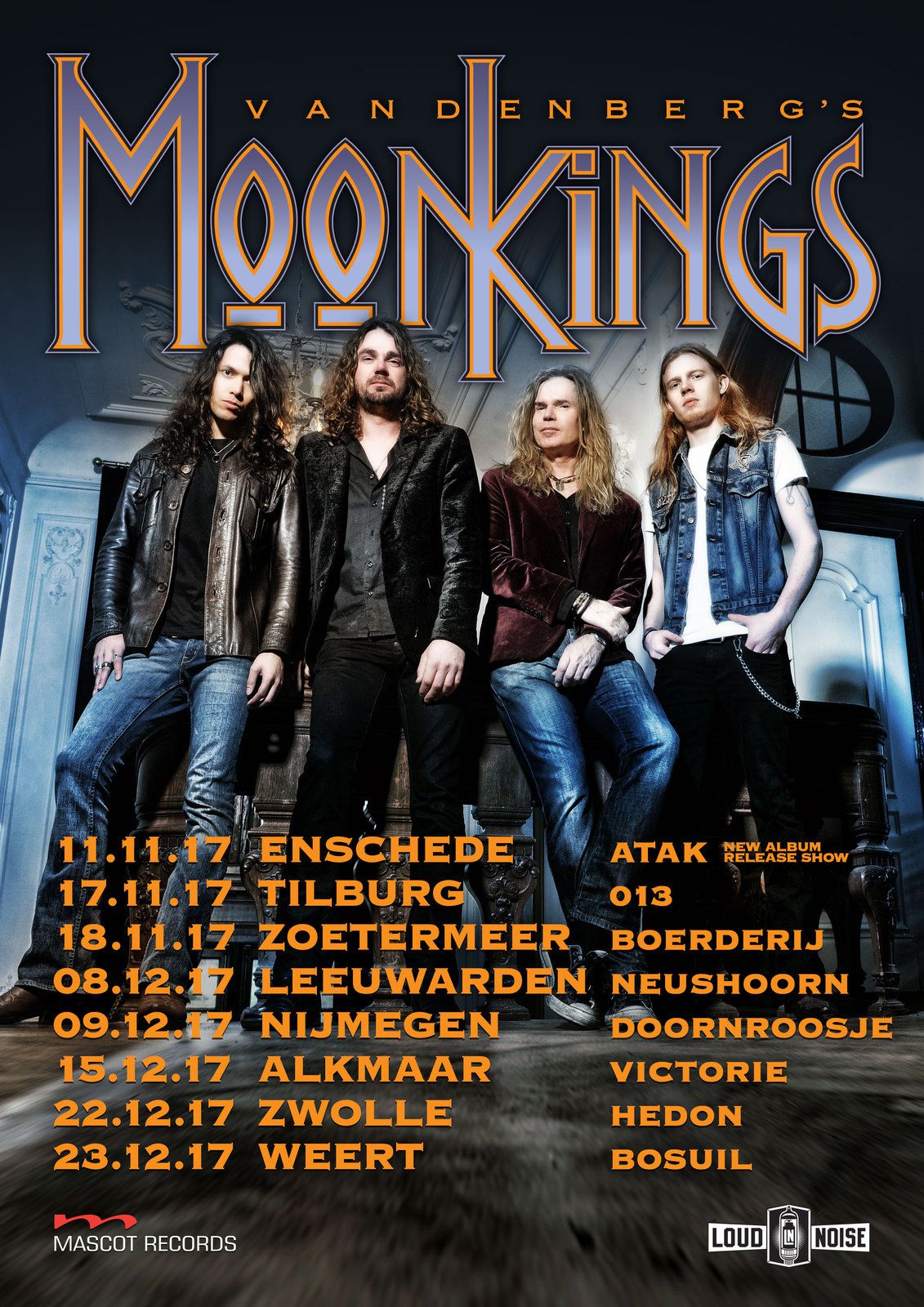 Dutch guitar wizard Adrian Vandenberg, who was amongst others part of Whitesnake's impressive "1987" line-up, released a first album with his new outfit Vandenberg's MoonKings some years ago. To promote the debut, the band went on tour and over time it became a bit more silent. This period finds an end in the second half of 2017 when the sophomore album finally gets out of the gates.

Next to the new album the band announced already at this stage some shows for Holland. Stay tuned for more.