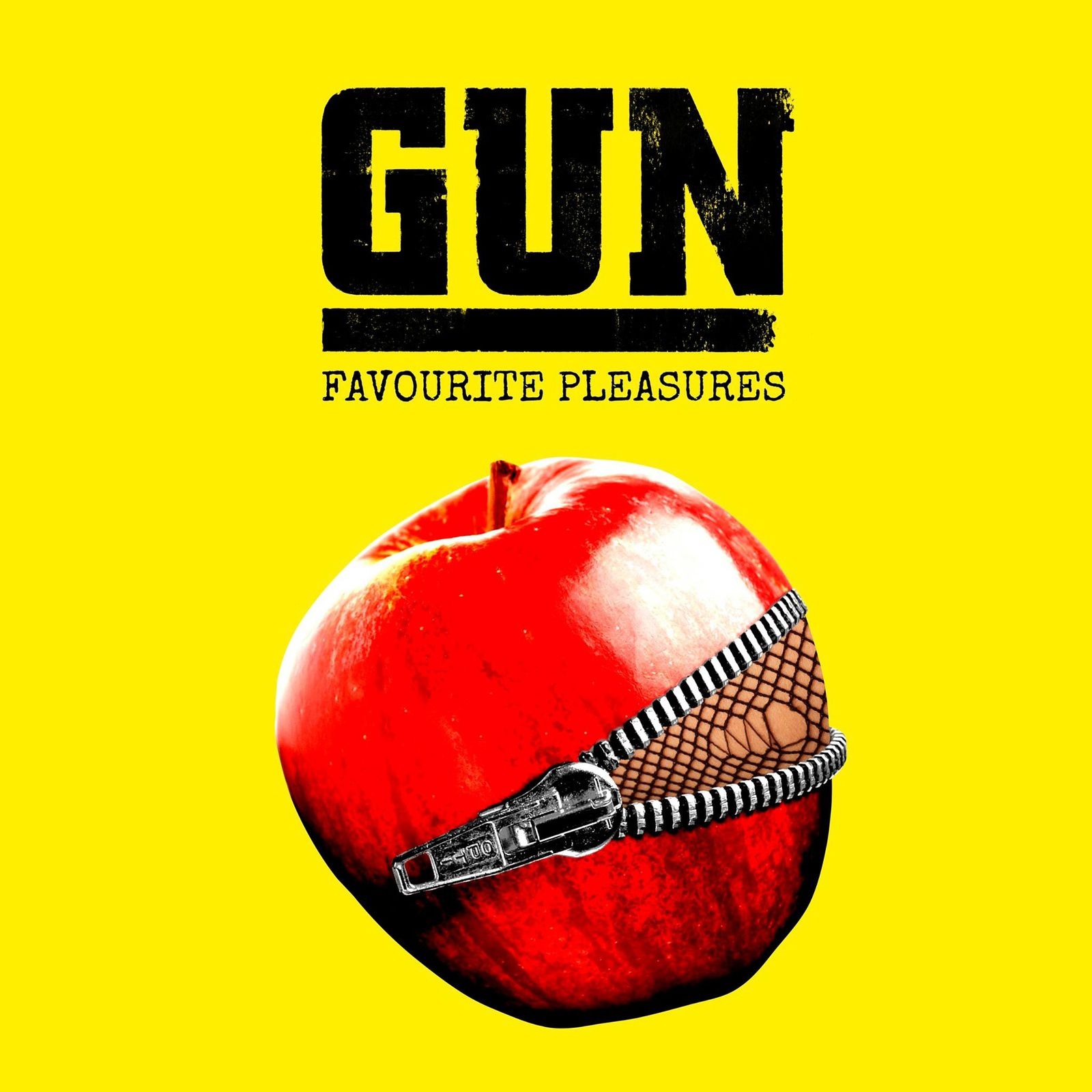 (8/10) Scottish Gun shouldn't be reduced to their early albums only. Yes, “Gallus” was an excellent sophomore album and “Swagger” used the momentum, becoming a great melodic rock album too. Last but not least it included with the Cameo cover version  “Words Up” a song that was the sunshine in a time of melancholic grunge taking over the scene.

Time leap to 2017: Gun is still around. The quintet might not be able to connect to the earlier commercial scores but this doesn’t matter. What counts is the music. Gun developed over time. The guys stayed true to themselves by sticking to their rocking roots with their new songs showcasing a mature and easygoing sound.

“Favourite Pleasure” reflects the typical Gun-sound that is easily recognizable. The quintet still calls an excellent sense for melodies and hooks their own. This leads sometimes to Beatles-esque songs like “Silent Lovers” while other moments are joyful hardrock anthems (“She Knows”). It’s this width that makes “Favourite Pleasure” to a diverting record, featuring tunes that give you a good time without drowning in the sea of boredom. The title songs is a perfect example for such a vital song, containing a chorus that sticks to your mind from the first time listening to it.

"Favourite Pleasure" doesn’t include a downer. Each of the ten tracks has its own charming identity, kept together by the typical Gun-trademarks – melody, harmony, a steady beat and rocking guitars. Fans of the band will not be disappointed with this longplayer, an album that easily lives up to expectations