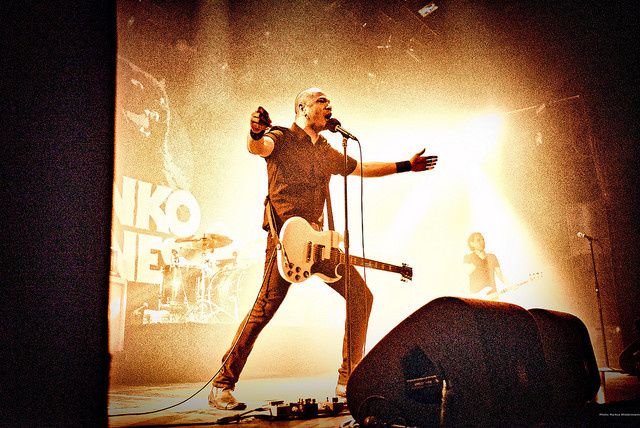 Toronto-based frontman Danko Jones has been singing and playing guitar in his eponymously named rock band for the last 20 years. In that time, his band has played in 37 countries on 6 continents and released 11 albums. Danko’s latest album Wild Cat came out in March 2017 and the first single, “My Little RNR”, received massive airplay all over the world. Danko was also featured as a guest vocalist on “Black Rose”, Volbeat’s smash hit that made it all the way to #1 on US Rock Radio in June. When Danko’s not playing hard rock music, he finds other ways to express himself - writing for various rock magazines and doing podcasts.

In his upcoming book, “I’ve Got Something To Say” (Feral House, spring 2018),  Danko has been on both sides of the rock n’ roll curtain for decades, which gives his writing another dimension altogether. The book features colourful illustrations from Gary Dumm (American Splendor), Mary Fleener (Slutburger), Michel “Away” Langevin (Voivod), Eerie Von (Danzig, Samhain), Brian Walsby (Manchild) and more.

As a podcast host Danko has produced 157 episodes. The band is in the process of wrapping up the festival season and has a few more shows to go in September. After that they return to European soil in November for an extensive Scandinavian tour. More tour dates will be announced shortly.